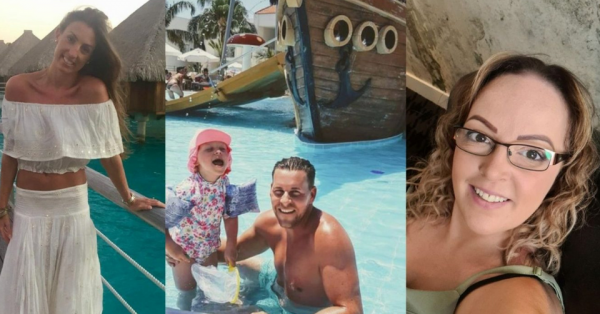 Nothing raises the hackles of an established, well-experienced travel agent more than Inteletravel shouting from the roof-tops about its success recruiting industry newbies.

So it wasn’t surprising that the homeworking group’s revelation that its membership has grown to a whopping 10,500 agents during the pandemic was met with more than a little derision.

Due to its links with PlanNet Marketing, which pays agents to recruit others into the business, InteleTravel is often accused of being a multi-level marketing scheme whose agents make more money from recruitment than selling holidays.

It’s also been said that InteleTravel agents must be losing money after the homeworking giant announced those 10,500 agents took £20m of bookings for the seven months to the end of July. That’s less than two grand each.

Other criticisms of InteleTravel are that people only join to get discounted or free holidays for themselves, enjoying the freebies and the perks available to those who work in the industry, without actually finding any genuine customers. Some have accused Intele of failing to adequately train its members, many of whom are new to the industry.

So what’s the truth? Do InteleTravel agents make money selling holidays or do they only make a profit by recruiting other agents? Do they only sell to friends and family, are they even adequately trained to sell to the public, or are they more interested in the perks than booking holidays?

Travel Gossip asked InteleTravel for examples of agents who are making money selling holidays and here’s what three of them told us.

Victoria has a full-time job in cyber security and is currently pregnant with her second child, but she still managed to sell over £55,000 of trips in July.

Sales included a business trip to the US – which involved routing clients via Mexico, where they spent 14 days to get around America’s ban on arrivals straight from the UK – Greece and Spain for August and September, Dubai for October half-term and 15 bookings for next summer.

Since starting her business last October she has turned over around £150,000 and estimates she has earned, after costs, around £15,000 in commission in nine months – but since commission often isn’t paid until as long as 60 days after the clients check out, and Intele deducts credit card charges and its own percentage, she doesn’t know exactly how much will hit her account.

“I decided to set up the business last October because I didn’t want to miss the wave of bookings when Boris hit the button and said we could travel again,” Victoria told Travel Gossip.

“I wanted to give myself time to get sufficiently trained, because although I loved to travel I was totally new to selling holidays, and also to get my brand out there.”

She completed Inteletravel’s mandatory training in two days and the bookings have been coming in ever since, she said.

“I have a big circle of friends and contacts and I’m constantly networking and talking about holidays. I don’t spend money on marketing, but I post a lot on Instagram and have people approaching me through that,” she explained.

“You have to work hard at it, constantly posting advice, tips and deals.  I approach any new followers and ask them if I can be of assistance.

“I target high-end customers and talk to businesses who have similar clientele to see if we can work together – I approached a beauty spa and I’m now writing a newsletter for them which gets me in with their clients.

“I’m now getting a lot of recommends and I can see a time when I do this full time and make a good living out of it.”

So far, around half of her clients are strangers, who have found her via Instagram or from other clients’ recommendations, giving her the confidence to aim towards becoming a full-time agent from when she takes maternity leave in November.

“I’ve taken nine bookings so far for August, I think it’ll be an even better month than July, but I’m working some nights till 1am so I hope that at some point this will become my full time job,” she added.

So far, around half of her clients are strangers, who have found her via Instagram or from other clients’ recommendations, giving her the confidence to aim towards becoming a full-time agent from when she takes maternity leave in November.

“I’ve taken nine bookings so far for August, I think it’ll be an even better month than July, but I’m working some nights till 1am so I hope that at some point this will become my full time job,” she added.

Phil started his agency in August last year and has sold over £110,000 of business, netting himself nearly £10,000 in the process, despite running his own entertainment marketing agency.

He says he’s always loved travel and his business took off when he started to make bookings for television executives who needed to travel, after promising to beat quotes offered by their existing agency.

“I’ve arranged the travel for a TV production where a lot of executives and crew were travelling and in total needed over 60 rooms in various places.  When they saw the rates I could get, they just gave me the filming location schedule and told me to get on with it,” he said.

“When there were some travel restrictions, I booked a private jet for a big group – that was a £36,000 booking.

“When I look forward, I think it’s going to be a lot bigger because people in the industry are recommending me as the travel guy and I’m also getting inundated with friends and contacts who want to travel.”

Jo Stevenson had a full-time role with car manufacturer Audi until recently, but brisk business has encouraged her to go full-time self-employed.

In the past two months she has achieved around £60,000 of bookings and estimates her commission ‘could be as high as £8,000’, she said.

One of her bookings was for £40,000, booking top executives into Glasgow hotels for several nights during the COP26 Climate Change conference in October.

“I created a group on Facebook, just to help people with the various travel restrictions.  I now have over 3,000 people following me and many have turned to me for reassurance.  I think if people realise you are a decent person trying to help they are more likely to give you their business.”

Jo is planning to expand her Live Great brand by running a community group, helping people with mental health issues and having travel at the core of the business.  She networks heavily with her contacts to help grow her agency, she said.

“It was a massive leap of faith to leave a full-time job but it’s already grown bigger than I ever dreamt possible and I’m confident it will continue to grow.  Of course, I’m in the business to make money but I’m also there to help people and I think that comes through.”

TUI is forecasting this weekend will be the biggest for travel bookings since before the...
Read More

Morocco will reopen its airspace for international flights from 7 February. The ban on...
Read More

Travel may have limped along for much of 2021 but five agents from Vertical Travel Group are...
Read More

Royal Caribbean International has taken delivery of Wonder of the Seas, its newest ship. Wonder of...
Read More