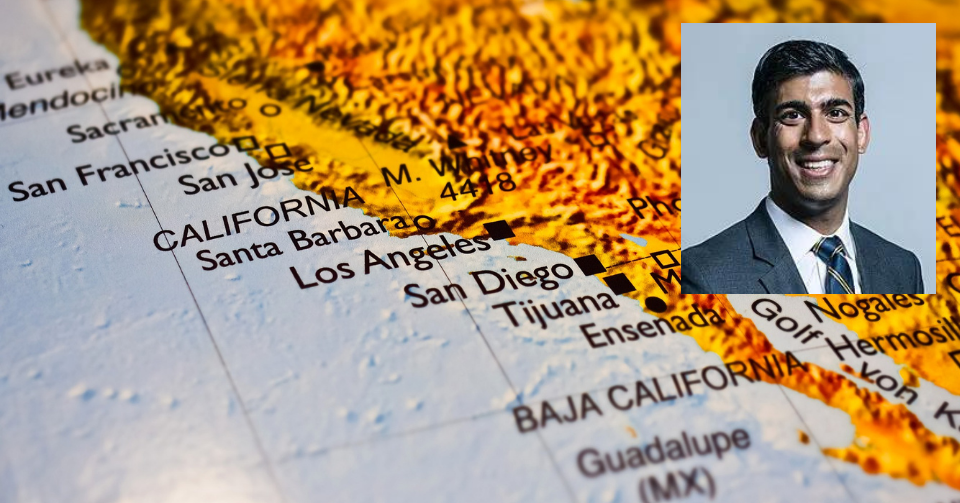 ABTA has asked for a meeting with Rishi Sunak and Grant Shapps over support for the travel sector, following the announcement that British holidaymakers won’t be allowed into France from Saturday.

The Chancellor has cut short a four-day work trip to California after being urged to get himself on a plane back to the UK and address a fresh crisis facing businesses, as the threat of Omicron puts many on the brink.

His disappearance had led many to ask: “Where is Rishi?” and demand his immediate return.

Labour shadow Health Secretary Wes Streeting said the Government needed to step forward ‘but the Chancellor is nowhere to be seen’.

And Shadow Treasury Minister Pat McFadden asked: “Why did he decide to proceed with a trip to California on Tuesday when it was already clear that UK businesses were struggling to cope with what the Prime Minister himself has called a ‘tidal wave of Omicron’?

ABTA said it wants to ‘discuss the travel and tourism sector’s current financial situation and its pressing need for financial support’ and added it has already approached the Government on the same issues over the past two weeks.

Chief Executive Mark Tanzer, said: “The Government has recognised the plight of the UK hospitality sector, with trade down by 40% in December. But at the same time, the travel industry, where income has been down by 78% this year, and further impacted by Omicron restrictions since late November, continues to be ignored.

“Over the past fortnight, we have heard nothing from Government about how travel and tourism might be supported.  The time to act is now.”

Pilots’ union BALPA described France’s decision to ban UK visitors as a ‘devastating blow to our industry, another reason for our Government to step up and support our once world-leading industry and take a more prominent role in co-ordinating a data-led international response to COVID-19 travel restrictions’.

And Scottish Passenger Agents’ Association (SPAA) Vice President Mike Tibbert said: “It’s like watching an approaching avalanche and being unable to control it.

“Confidence is rock bottom for the Scottish traveller. What little confidence there has been is shattered at the speed of these changes. On this occasion they are announced out of the blue on Thursday morning and come into force on Saturday at midnight.”

AITO has called on the Prime Minister and the Chancellor to ‘urgently work out a rescue package for this badly-beaten-up industry’.

“We seem to be the sector that no-one cares about,” said AITO Chairman Chris Rowles.

The Foreign Office has updated its advice on travel to France and ski operators have started contacting affected clients.