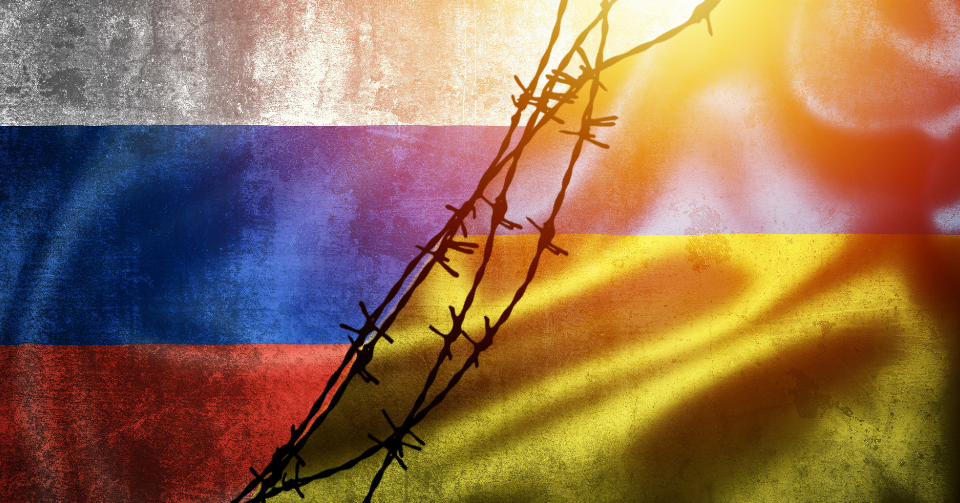 Brits have been urged to leave Ukraine immediately after Russia invaded its eastern European neighbour overnight.

There were ‘reports of widespread military activity in Ukraine’, it said. Seven people are known to have died in bombings.

But Ukraine air space has been closed and flights grounded following reports of military strikes near airports.

Wizz Air issued the following statement: “Due to the current events in Ukraine and the airspace closure, Wizz Air regrets to inform our customers that the airline must temporarily suspend all flight operations in the country.

“Passengers with flights booked on arriving or departing Ukrainian flights can find more information on wizzair.com, or alternatively, via the airline’s call centre: 00380 893 202 532. The safety and security of our passengers and crew remains our number one priority and we hope normality will to return to Ukraine soon.”

UK Transport Secretary Grant Shapps has instructed the Civil Aviation Authority to ensure airlines avoid Ukraine airspace. Travel Gossip understands that airlines had been avoiding Ukraine air space for a number of years, including British Airways, so the potential disruption might not be as great as expected.

In a tweet early this morning, Mr Shapps said he was urging the CAA to ensure all airlines now route away from Ukraine airspace ‘to keep passengers and crew safe’.

He added: “We continue to stand with the people of Ukraine and work with our international partners to respond to this act of aggression.”

Residents are fleeing the capital Kyiv and those who remain are being urged to get into air-raid shelters.

In an update to its travel advice issued in the early hours of this morning, the FCDO said: “We advise British nationals to leave Ukraine immediately if you judge it is safe to do so and to follow the advice of the Ukrainian authorities while you remain in Ukraine.

“If you are in the vicinity of military activity and you cannot leave safely, you should stay indoors, away from windows, and remain alert to developments that would allow you to leave safely.”

Is it safe to travel to countries neighbouring Ukraine?

It is bordered by Belarus to the north, Russia to the east, Moldova and Romania to the southwest, and Hungary, Slovakia, and Poland to the west.

The Foreign Office is warning Brits not to travel into Ukraine from any of these neighbouring countries including Poland, Hungary, Slovakia, Belarus, Romania, Moldova and Russia.

It is also advising against all non-essential travel to Belarus, from where Russia is understood to have invaded Ukraine from the north, and against all travel to the regions of  Yelsk, Mazyr, Rechitsa, Luninets, Gomel, Asipovichy, Baranovichi and Brest.

In its latest update for travel to Russia, issued this morning, the Foreign Office said there are now restrictions to a number of airports in southern Russia, with disruption to internal flights to and from Moscow and other cities, which will be in place until 2 March.

The Russian aviation authorities have published information about the affected airports (in Russian). The FCDO added: “There are reports of increased police presence and ID checks. You should keep your passport with you at all times.”

The Foreign Office is not currently advising against travel to Poland, Hungary, Slovakia, Moldova or Romania.

However, you should keep an eye on the FCDO advise as military experts have warned this morning that Russia’s action could escalate and might even spread to other eastern European countries.