We stand united: agents report from Travel Day of Action 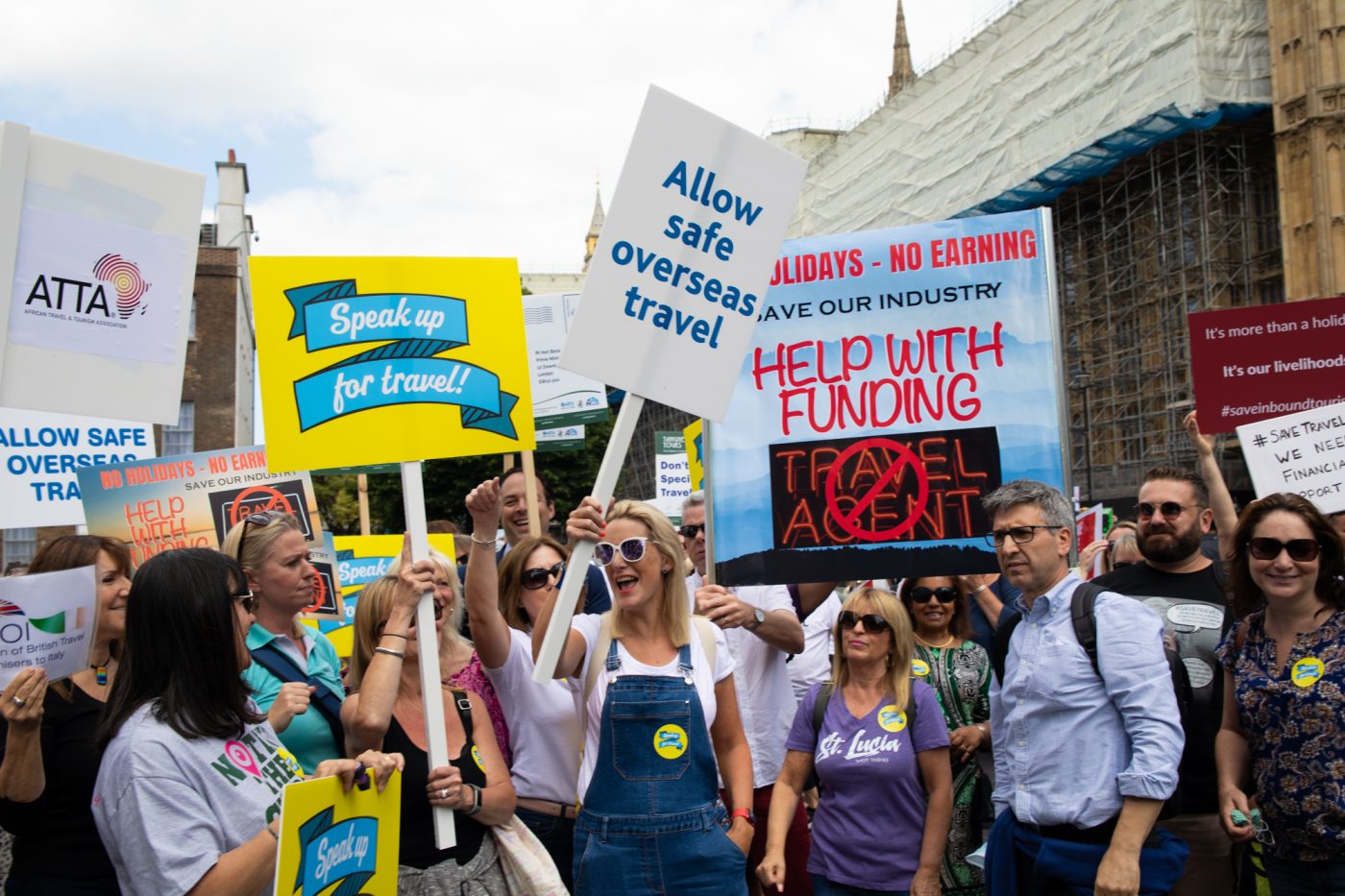 The whole industry came together outside Parliament on Wednesday to add their voices to the Travel Day of Action.

Travel Gossip caught up with some of the many agents at Westminster to find out what they thought of the event and what they hope it will achieve.

“It has been emotional. Just being here with people who are as passionate and have been as hard hit as we have. My immediate concern is how long I can carry on for. I don’t want to lose my business. Travel is not just a job, it’s a passion. My MP, Andrew Selous, has been quite passionate about the industry and has mentioned our plight in Parliament.”

“It’s been great to be a part of today. To see the pilots and cabin crew here makes you realise the huge knock-on effect the situation has on the industry. Like a lot of people, I have got a second job on the go – needs must. The public and the MPs need to hear what’s going on from the horses’ mouths.”

“It’s so nice to see that we are being supported by airlines, tour ops, tour guides and others. It’s not just agents, it’s the whole industry. I have been lucky enough to take on a second job but some have not been as lucky as me. People can’t go on like this. Agents have got to open their doors. They have got rents, they have got rates and loans that need to be paid back. It’s good that we’ve all got together to make our voices heard. People have come together as one.”

“I’ve had radio silence from my MP, but they need to remember that we are voters. MPs may have to make the difficult decisions and if one of them is about travel, at least be honest with your constituency or you won’t be voted in next time.  The travel industry is the exception to the rule. There’s no other business where we’re still having to work, still having to rebook, recall and repay.  I feel supported by so many tour operators, airlines, pilots attractions, bus operators and inbound tour operators that are here. Let’s see if the MPs have got the guts come and speak to us.”

“It’s great to see how much of a spread there is across the industry. We stand united. We’ve contacted our MP and got a standard stock response and no help, but seeing the national press over the past few days and the media here, it looks like we are moving in the right direction. We just want MPs to listen to us and understand our plight, understand how we work and help to see us through these tough times.”

“It’s nice to know you are not on your own. We are all in the same position, struggling financially and not got the support from the Government yet. It’s good to see the whole industry and to see that MPs are coming out listening. I’ve managed to keep going but I’ve had to make a colleague redundant and I can’t carry on for much longer. People have abandoned travel till next year and we can’t survive till then. We need to get things moving.”

“It’s been so good to see everyone, including airlines, heaps of tour operators and lots of agents. But the 400 ticket limit is disappointing as a lot more people could have come in. I have been in touch with my MP, Andy Carter. He phoned to say he understood – pointed me in the direction of local grants etc, but since then I have not heard anything. I Facebooked him last night to say I hoped that he would be here, but he hasn’t replied. It’s very rude. I’ve been more fortunate than most as Designer Travel pays a small percentage of commission before travel, however, the payback of what should have travelled is huge and I am living off my savings.”

“I’m excited. It feels like we are all coming together again and it’s been a good day. We have got a lot of public sympathy, but consumer confidence is so low, especially after the Portugal mess. Have we got enough time now with the weeks left during summer to make enough revenue?”

“So many people have been working from home, either as homeworkers or because they’ve had to, and they have just felt isolated. Today they know they are not on their own. We’ve all got the same problems and we are all facing the same challenges. If the Government doesn’t react to today, then legal action will be the next step.”