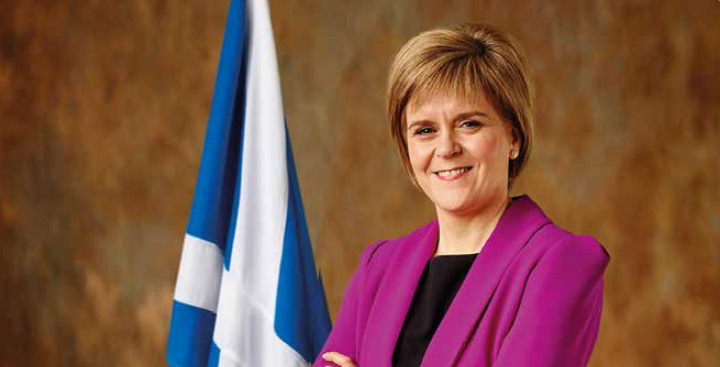 The president of the Scottish Passenger Agents’ Association has written an open letter to Scotland’s first minister Nicola Sturgeon outlining the plight of Scottish travel agents ahead of the Travel Day of Action on Wednesday.

In her letter, Joanne Dooey challenges Nicola Sturgeon to ‘meet us, face-to-face over our respective facemasks, to tell us why travel has been given the red card, while football is permitted to boogie with mass fan zones’.

Ms Dooey’s letter coincides with Greater Manchester Mayor Andy Burnham accusing the Scottish government of ‘hypocrisy’ after it announced a travel ban to parts of the North West region.

Sturgeon said on Friday that non-essential travel between Scotland and Manchester and Salford would be banned from today.

Mr Burnham said the decision was ‘announced out of the blue’ and was ‘completely disproportionate’. He wants people who have booked holidays or are due to travel to Scotland to be compensated.

The Scottish government said it was made after ‘careful consideration’ with a spokesman saying Scottish rules on travel were ‘kept under active review’ and could ‘sometimes happen at short notice’.

In her letter, Dooey calls on Sturgeon to meet with Scottish agents and tell them ‘why you have effectively banned travel’.

“Talk to award-winning travel agents who were running successful Scottish SMEs – we don’t need to remind you that SMEs account for 99.3% of all private firms in Scotland employing 60% of the workforce – who face nothing short of destitution.

“Since March 2020 they have had nothing to sell and no-one to sell to. They’ve had to remain open to service repatriations and rebookings, but they’ve been overlooked as retail operations and left with little sector-specific funding support.

“What modest support they’ve been given – which depended solely on their rateable value of their premises and omitted the army of homeworkers upon which the wheels of the travel industry turn – has gone. It was spent on shoring up their businesses and staff as the sands shifted ever more from under their feet.

“And all of this after they had used up all their working capital, spent their life savings and taken bounceback loans they are now unable to repay.”