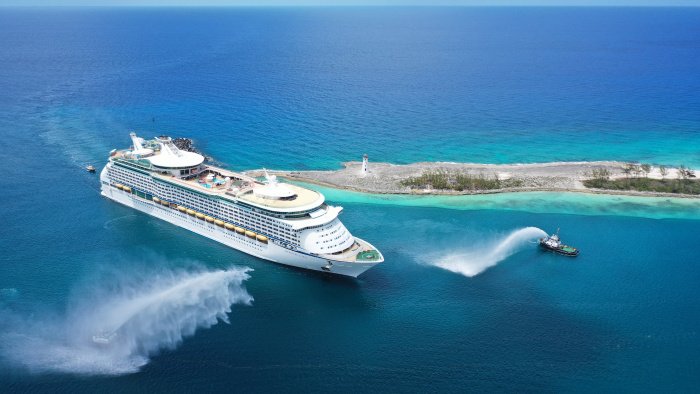 Six passengers on Royal Caribbean’s Adventure of the Seas tested positive for COVID at the end of their cruise, despite strict protocols on board.

The positive results came back as part of routine end-of-cruise testing, according to USA Today.

All those involved were Americans. Four, who were not travelling together, were vaccinated and three of them were asymptomatic, but one had mild symptoms.

Two children, who were in the same party, also tested positive but showed no symptoms.

To sail on Royal Caribbean, passengers 16 and over are required to be fully vaccinated and must take a negative COVID test before boarding. Children must also be tested but not vaccinated. All crew are also fully vacc’d.

The affected passengers on Adventure of the Seas were taken from the ship to their homes via private transport and flown by private jet.

Other passengers were informed of the news over loudspeaker. The ship had called at Royal Caribbean’s private island and Grand Bahama in the Bahamas.