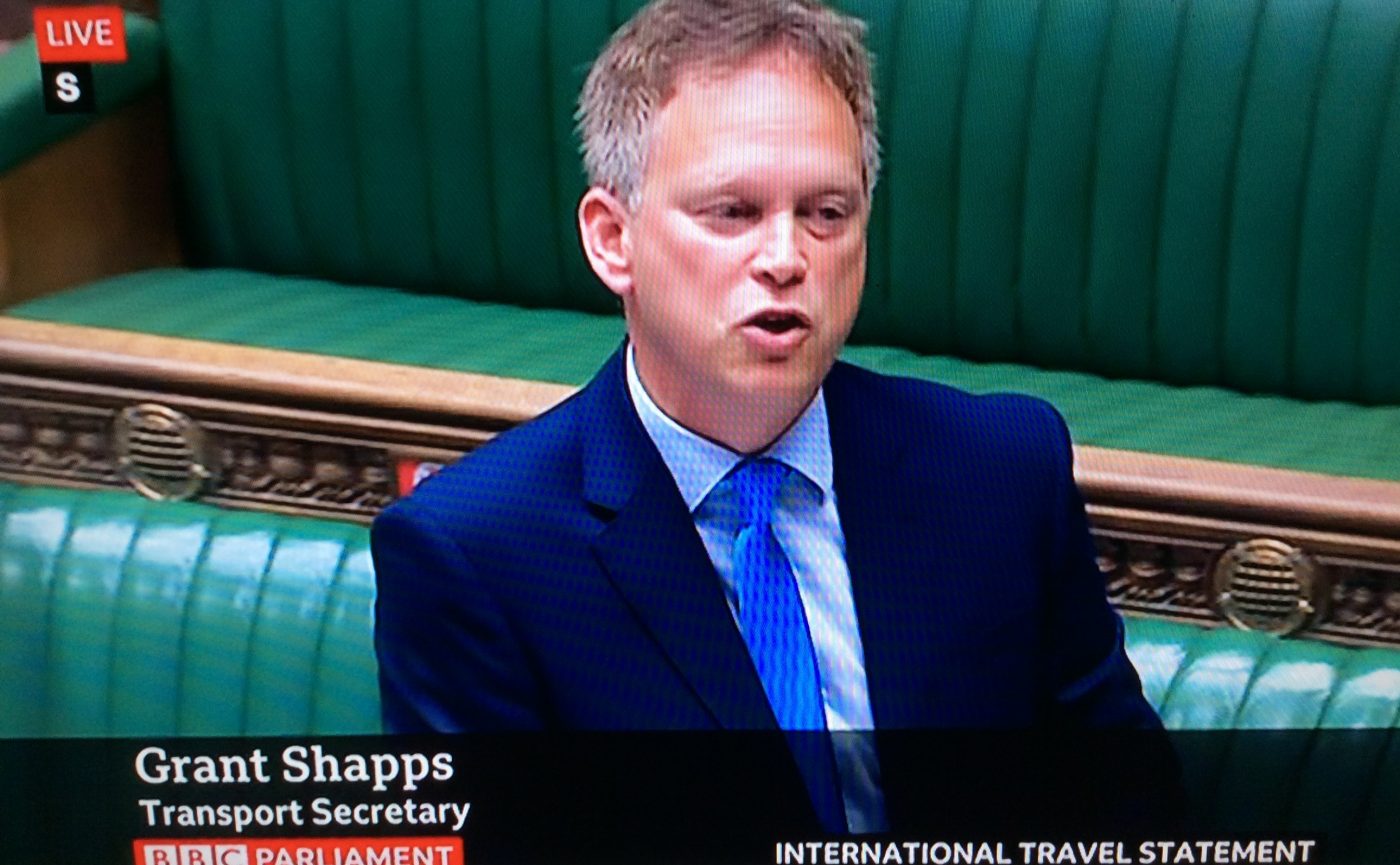 Grant Shapps has been urged to turn his attention to the issue of COVID test requirements and cost, amid fears families will still be priced out of the summer 2021 holiday market.

While confirmation that fully vaccinated UK residents won’t have to quarantine on return from amber countries from 19 July was welcomed as a ‘step in the right direction’, travel leaders said the Transport Secretary needs to do more.

Children under 18 don’t need to quarantine on return, but still need to be tested before departure and after they’ve returned.

Airlines UK called the testing rules ‘onerous’ while easyJet said it was ‘unnecessary’, with CEO Johan Lundgren repeating his concern that he did not want to see ‘a return to flying being a preserve of the rich’.

In the Commons, Mr Shapps said tests had come down in price, saying the cheapest he’d seen was £4.95, but he acknowledged prices varied around the country.

Airlines UK CEO Tim Alderslade said: “Airlines look forward to working with ministers and Border Force to ensure measures are in place by 19 July to provide a safe and streamlined experience at the UK border.

“We now urge the Government to continue this momentum by adding many more countries to the green list next week and removing onerous testing requirements at its next review on 31 July, thereby opening up more non-quarantine travel to all.”

“It’s not just the cost that’s an issue, it’s also the hassle of having to organise it. 72% of our customers said even if they are allowed to travel, the hassle of PCR testing, pre and post travel, is putting them off.

“The Government’s insistence on PCR testing seems nonsensical when you see thousands of people crowded into Wimbledon and Wembley, at a time when infection rates are booming, with only a negative lateral flow test required.

“Clearly such decisions have been made for the government’s economic and political gain, whilst the travel industry suffers.”

She said: “We need next week’s review of the green list to be meaningfully expanded to include those destinations with low infection rates such as Spain, Greece, Italy, France, Portugal and the US.

“In addition changes to countries within these lists are a mere symbolic gesture if they are not aligned with the destinations rules for Brits.

“The travel industry, like no other, has been put in a totally compromised position. As the domestic road map progresses towards ‘Freedom Day’, it remains hampered by restrictions which mean it is almost impossible to trade out of the pandemic.”

“It is, however, disappointing that this announcement excludes overseas visitors, including business travellers as any quarantine requirement will hinder a return to travel and trade.

“We urge the Government to embrace the emerging global protocol of exempting all fully vaccinated travellers from quarantine requirements. The technology is already in place through the EU Digital Travel Pass and VeriFLY in the US so there is no reason why we cannot act.

“Every day counts, and we risk lagging even further behind our EU counterparts who have taken steps to permit the entry of all double vaccinated travellers without quarantine. We cannot afford to wait.”

Focus Travel Partnership CEO Abby Penston said: “The announcement from the Transport Secretary is tremendously welcome to business travel – and we expect it will jump start our sector. However, this is not a return to normality.”