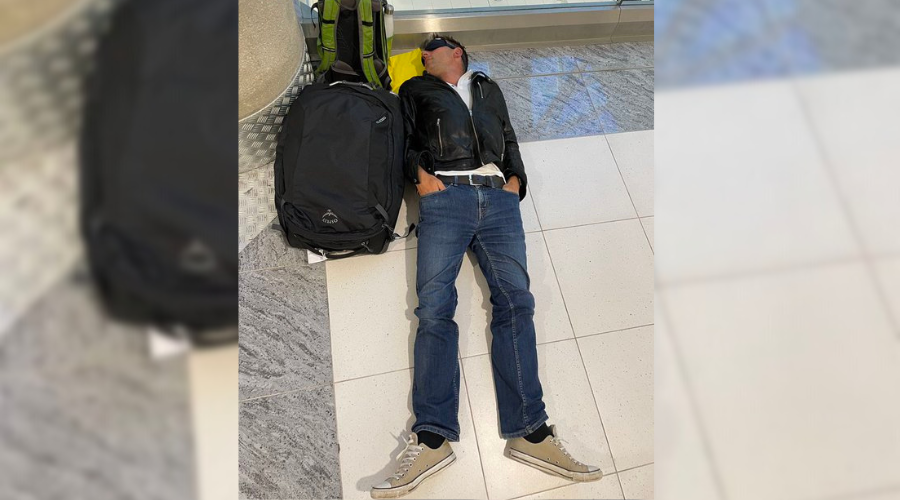 Travel industry professionals who attended an awards event in southern Italy had to spend Thursday night sleeping on an airport floor after their flight home suffered a technical problem.

Others slept four-to-a-room in a local hotel, after The Sun Head of Travel Lisa Minot charmed the manager into letting them squeeze in.

Around 75 travel industry professionals had flown to Bari for News UK Travel Awards 2022 and they were due to fly back from Bari with British Airways at 8.25pm on Thursday.

But after sitting on the tarmac for four hours, they were told there was a technical problem – a number of oxygen masks fell down while the pilot was waiting for permission to take off – and they had to get off.

The Sun’s Lisa Minot told Travel Gossip they were directed to the BA desk, but the two staff told them there were no available hotel rooms to put them up for the night.

However, by 3.30am some of the travel industry pros had got their own emergency teams to find them rooms in nearby hotels, one of which was only a mile from the airport.

An industry colleague contacted Lisa to say the hotel had six more available rooms so she headed over with 11 other people.

“On arrival, I realised we could fit more in the rooms so I sent the bus back to the airport to pick up more,” said Lisa.

She also charmed the night manager into finding more rooms, including some that were vacated by passengers heading to the airport for flights.

By squeezing up to four to a room, they managed to accommodate about 35 of their group, but at least 15 other members spent the night on the airport floor.

Giles Hawke of Cosmos tweeted a photo of himself lying on the floor (above).

Other passengers on the flight, including pregnant and elderly people, were also forced to sleep at the airport.

At around 5.15am some passengers were taken to to a hotel 45 minutes away, but others decided it was too late by then and opted to stay at the airport.

Some 19-hours after they were originally due to take off they were finally boarded, only to be told by the pilot that there would be at least another one-hour delay. To add insult to injury, there was very little food and drink onboard too, and only passengers who checked in luggage had been given vouchers for refreshments.

They finally arrived back at Gatwick late this afternoon, to be handed £20 food vouchers to make up for the lack of provisions earlier, and a letter of apology from BA.

And the irony is that The Times readers had just awarded BA their favourite airline at the News UK awards!