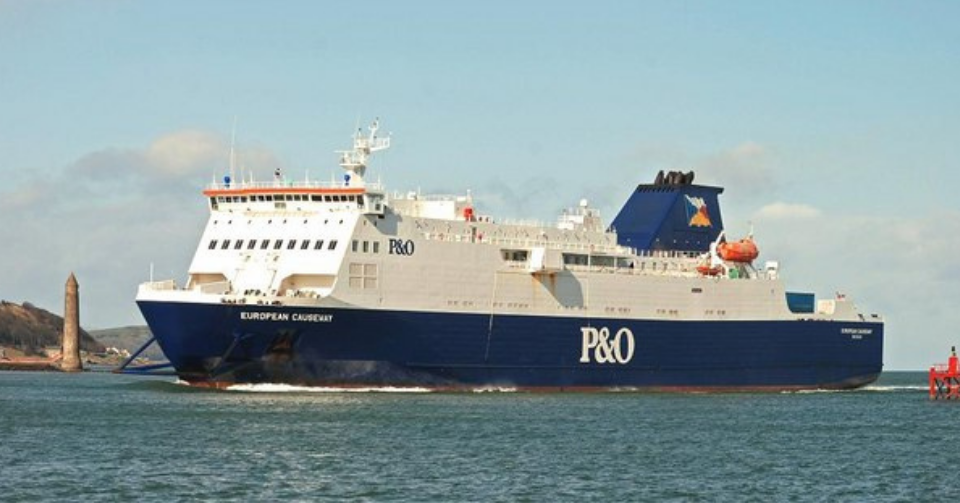 Embattled operator P&O Ferries has hit another problem – this time involving its 410-passenger European Causeway, which lost power in the Irish Sea.

The ferry, sailing from Scotland to Northern Ireland is now safely docked at Larne Harbour after being adrift five miles out.

It left Cairnryan in Scotland at about midday and was due to arrive at Larne Harbour at 2pm but got into trouble about 1.30pm.

P&O said the incident was caused by a ‘temporary mechanical issue’ that has since been resolved and a full independent inspection would take place at Larne.

It returned to port under its own propulsion, with local tugs on standby, where it will discharge its passengers and cargo as planned,” said a P&O spokesperson.

The spokesperson said: “Following a temporary mechanical issue, the European Causeway is now continuing on its scheduled journey to the Port of Larne under its own propulsion, with local tugs on standby, where it will discharge its passengers and cargo as planned.

“There are no reported injuries onboard and all the relevant authorities have been informed.

“Once in dock, a full independent investigation will be undertaken.”

It is understood the Cunard’s Queen Victoria cruise ship, en route to Belfast for a refit, was also on site, along with a coastguard helicopter from Prestwick and two tug boats.

P&O Ferries has since cancelled a later sailing on the route.