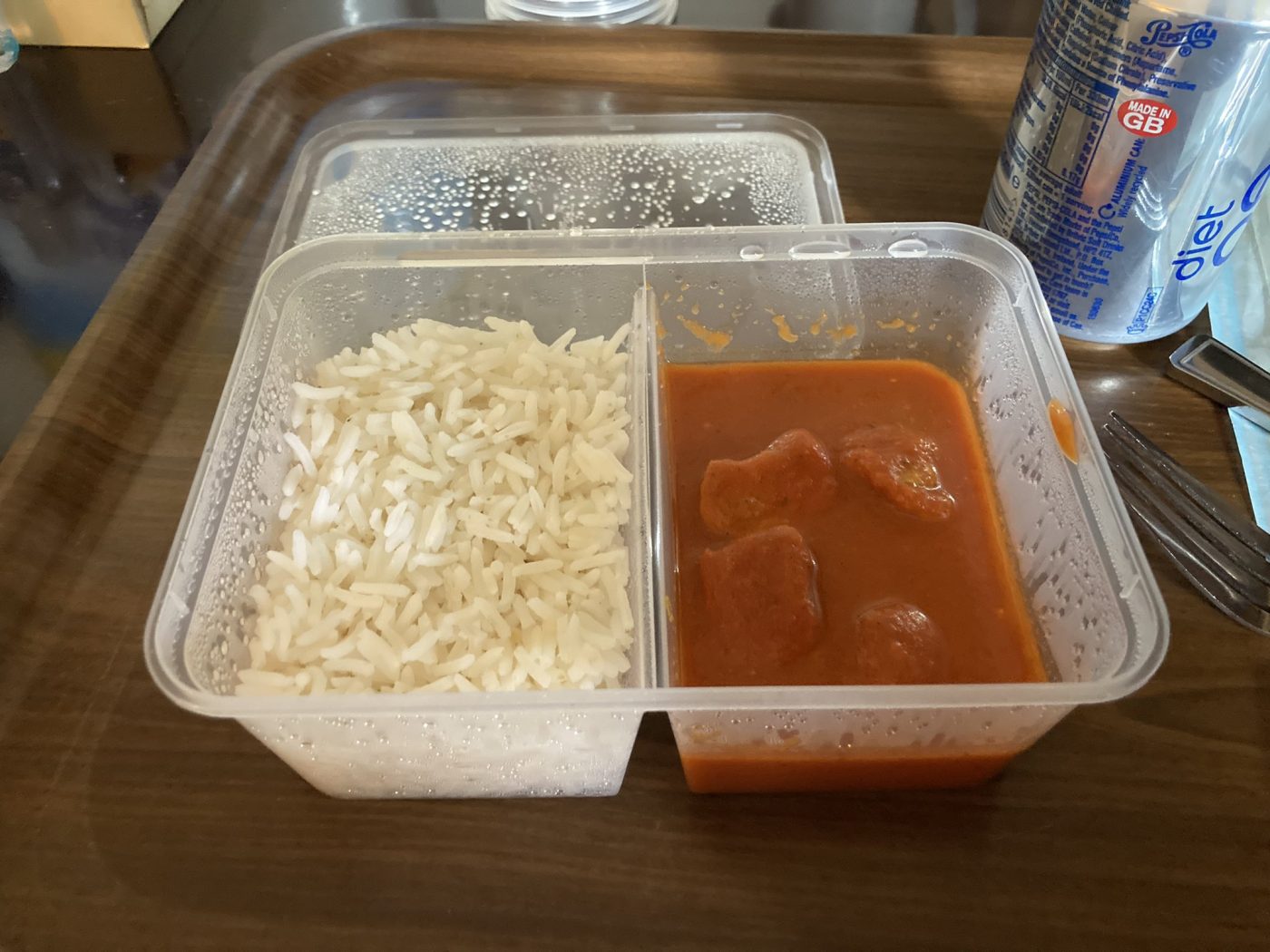 A British traveller quarantining for 10 days in a UK Government-approved hotel has shared images of the meals delivered to his door.

Rhodri Dafydd checked into the hotel this week after a three-hour stopover in red-listed Turkey on the way home from a trip to amber-listed Mexico.

He said: “Paying £1,750 for this kind of service is scandalous, but to be fair I don’t think it’s entirely down to the hotel. I have more of an issue with the Government. They’re the ones making us pay this ridiculous amount.”

He said guests at the hotel are given three options for evening meals. On his first night, Mr Dafydd chose chicken tikka masala and on night two, jerk chicken with rice and peas.

He said: “I ate the jerk chicken but the rice that came with it was terrible to say the least.”

Thursday’s lunch was soup and a bread roll.

He added: “All of us feel like prisoners. When we’re allowed to go out for fresh air, we’re overseen by up to eight security guards.

“At night, there are so many security guards watching the corridors you can’t have a good night’s rest.

“I’m also running out of phone data because the wi-fi is so poor.”

Mr Dafydd tweeted the chicken tikka masala image in reply to a post about the traffic light system by broadcaster Victoria Derbyshire.

If Mr Dafydd had flown straight back from Mexico, he would only have been required to isolate at home. But because the flight returned via Turkey, the rules state anyone flying via a red-list country must pay to stay in an approved airport hotel.

“Because I had a three-hour layover in Turkey, I have found myself in this situation, he said.

“I had a flight scheduled to London but because I didn’t have a hotel quarantine reservation, I wasn’t allowed to board the flight home.

“I had a look to see if I could book myself in but all the rooms were fully booked in London.

This resulted in me having to change my flight to Birmingham, where there were hotel reservations available, but the flight wasn’t until the following day.

“I had to pay an additional £200 to change my flight and stay the night on the floor in Istanbul airport.”

He’s been keeping himself going by ordering food from Deliveroo and says he’s be able to order ‘a couple of deliveries without any problems’.

Mr Dafydd asked us not to name the hotel he is staying at, but Travel Gossip has contacted the company that owns the property for a comment.

A receptionist at the hotel said they were unable to comment on whether it is currently being used as a Government-approved quarantine facility.