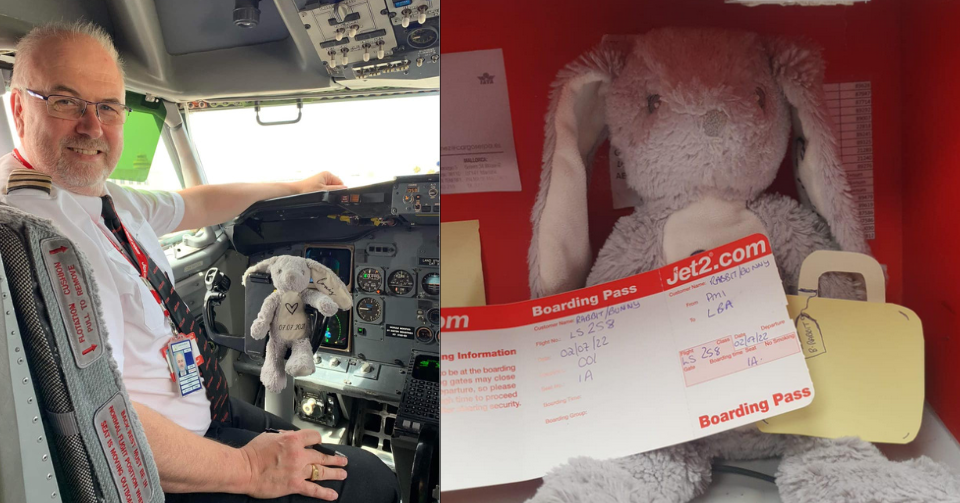 A toy bunny that won the hearts of the travel industry when he was left behind on a flight from Leeds to Majorca, is to be reunited with his one-year-old owner this week.

Jet2.com staff pulled out all the stops to find the young owner after ‘Bunny’ was left on the aircraft last month.

Bunny has since become a social media sensation, with staff posting pictures of him on Jet2 Facebook group pages, with appeals for information also being shared on the Travel Gossip page in a bid to find his owner.

A member of the Jet2 customer help team in Majorca told Travel Gossip: “He was brought to our sales desk where we logged him in our lost and found.

“I noticed he was special because he was embroidered with the name Louis and his date of birth.

“I called the phone number on the booking, that same day but got no answer. I hoped they would ask about him before they flew home, but they didn’t.

“I since found out the family thought they had lost him in a taxi, so never thought of asking us at the sales desk.

“I realised Bunny’s owner would be one year old on 7 July and felt compelled to reunite him for his birthday.

“I rang the number a few times but never got an answer or even the option to leave a voicemail so I decided to share him on Facebook to find his owner. Someone saw the post and tagged Louis’ father and I then contacted him on Messenger.”

“The rest is history – everyone’s been amazing.”

Since then, social media photos have shown Bunny getting ready to fly home to meet Louis, with his own suitcase and boarding card, holding hands with Jet2 staff as he makes his way to the aircraft and sitting in the cockpit.

Jet2 head office is getting in touch with the family today to arrange a reunion.