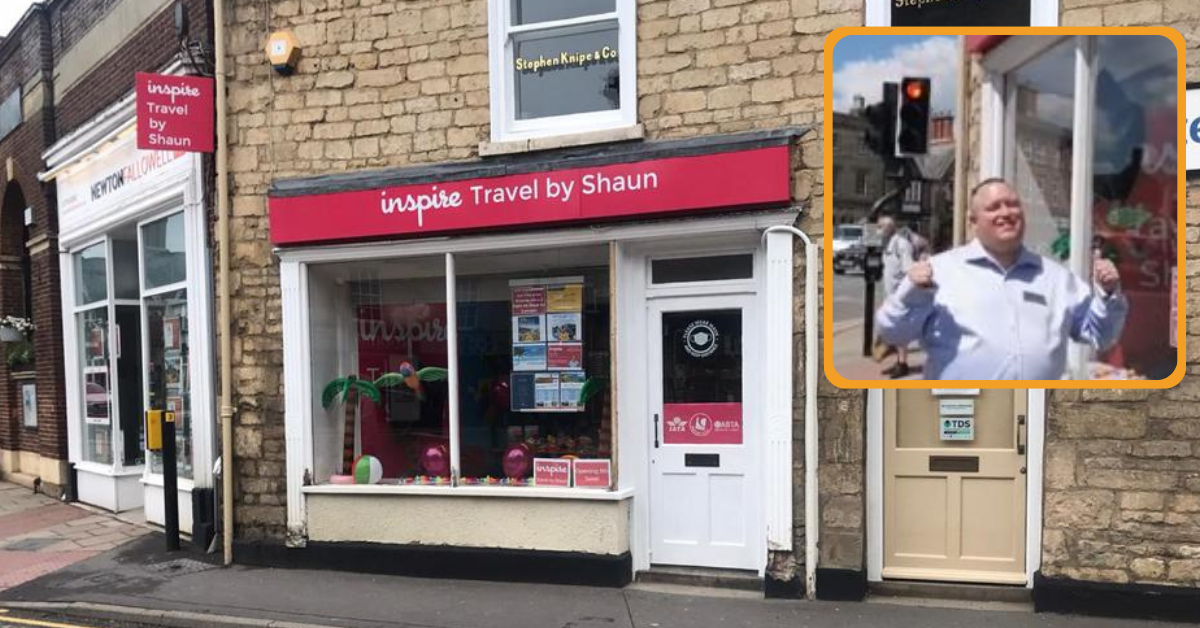 TUI’s former Senior Commercial Manager has opened his first bricks-and-mortar travel agency after being made redundant.

Ironically, Shaun told Travel Gossip he was made redundant not due to the pandemic but owing to the decline in TUI’s retail network. Nevertheless, he said decided to open his own shop to fulfil his ambition of running his own agency.

Prior to joining TUI, where he was responsible for all third-party accounts from Butlin’s to Disney, he worked in finance at Thomas Cook, looking after the cash from its entire store network.

“I’ve done my research and I know that in certain areas there are people who want to go into a store and book a holiday face-to-face,” he said. “Bourne is a small market town with a lot of elderly people who typically book cruises and coach tours, and they want to come into a shop.”

The store was previously owned by Midlands Co-op, which has pulled out of the area completely. “It was profitable previously and I’ll have lower overheads than the Co-op so I’m confident it will work,” added Shaun. “Plus, I’m the only travel agency in a town of 20,000 people, there isn’t another within a 20-minute drive.”

Shaun has joined the independent agents’ consortium Inspire as its first bricks-and-mortar agency. He admits that opening a travel agency during a pandemic isn’t ideal, but added: “It’s quiet at the moment but there will be a boom.”