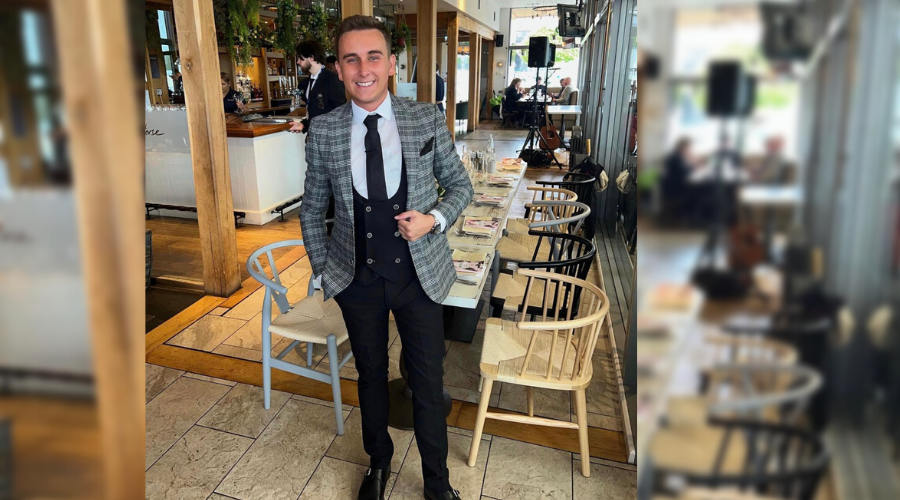 Celtic-mad travel agent Conor Campbell says he’s ‘extremely grateful’ to rival travel agents who referred their customers to him when he launched two private charters to get Rangers fans to the Europe League final.

His agency Conor Campbell Travel put on two flights after he was asked for help by two Rangers’ supporters, Ross Simons and Thomas McKnight.

Conor, who set up his agency shortly before the pandemic, initially secured on charter from Glasgow to Seville and when this sold out he put on another.

With the help of Ross, Thomas and a number of other local travel agents he managed to sell all the seats.

“We were extremely grateful to other agencies in Scotland referring their customers to us,” he said.

“This in my opinion highlights one of the benefits of our industry, in the sense that we all pull together for the customer.”

Conor, whose agency is a member of PTS, added: “I couldn’t have have done this without the blessing of Ross and Thomas, who I didn’t know until last week.

“They have found all the people who have needed flights and they trusted my experience as a travel agent, I’ve been able to put on a package for supporters that’ll get them to the game on time.”

Conor admitted he was ‘late to the party’ when he launched his first charter on Monday evening.

Another agent told Travel Gossip he had put on two sell-out flights the previous week.

However, Conor said he was contacted by many supporters desperate to get to Seville but unable to secure flights.

He said he was unable to pull off the feat, even no he has no links to Rangers supports clubs and actually supports Glasgow’s other team, Celtic.

“I’ve definitely been getting it tight from a few of my mates, that’s for sure, but ultimately we’ve all got the same goal. We all want to get supporters out to Seville to see this game,” he added.