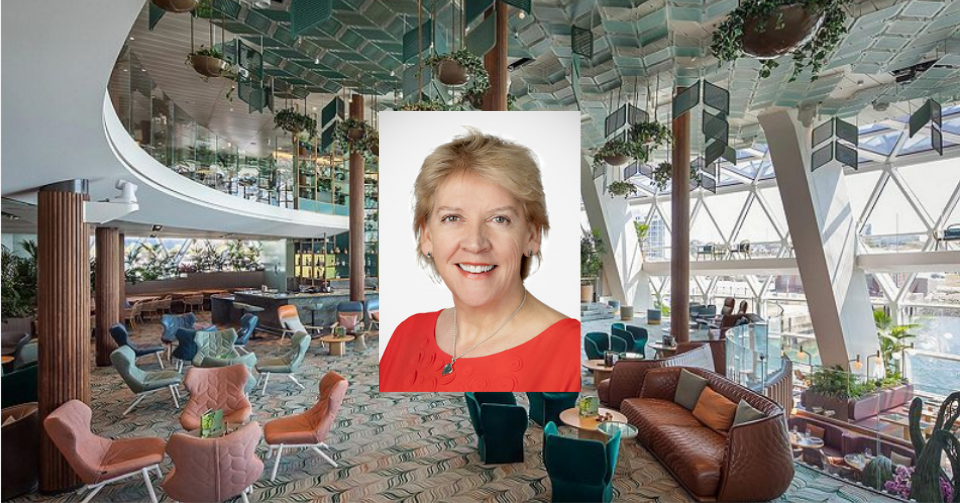 Celebrity Cruises Vice President and Managing Director Jo Rzymowska had to isolate for 24 hours onboard Celebrity Apex after having lunch with a travel agent who later tested positive for COVID-19.

Ms Rzymowska abided by her own cruise line’s strict protocols a day after boarding in Messina, Sicily, even though she herself tested negative, cruise writer Dave Monk reported on his Shipmonk blog.

She had to isolate in her suite after having lunch with the agent, who was given the positive result after being tested ahead of leaving the ship early in Palma de Mallorca.

His was the only positive result among 137 people tested before the departure, at the end of last week.

Shipmonk reports: “She had to call off meetings until returning a second negative test at the end of her isolation in her penthouse suite today.”

“I had a great trip and sadly I’m back home already.”

The voyage ended in Barcelona on Sunday. Celebrity Apex is now heading to Florida for a naming ceremony in November.