Update: Golden Horizon has been released, agents still onboard 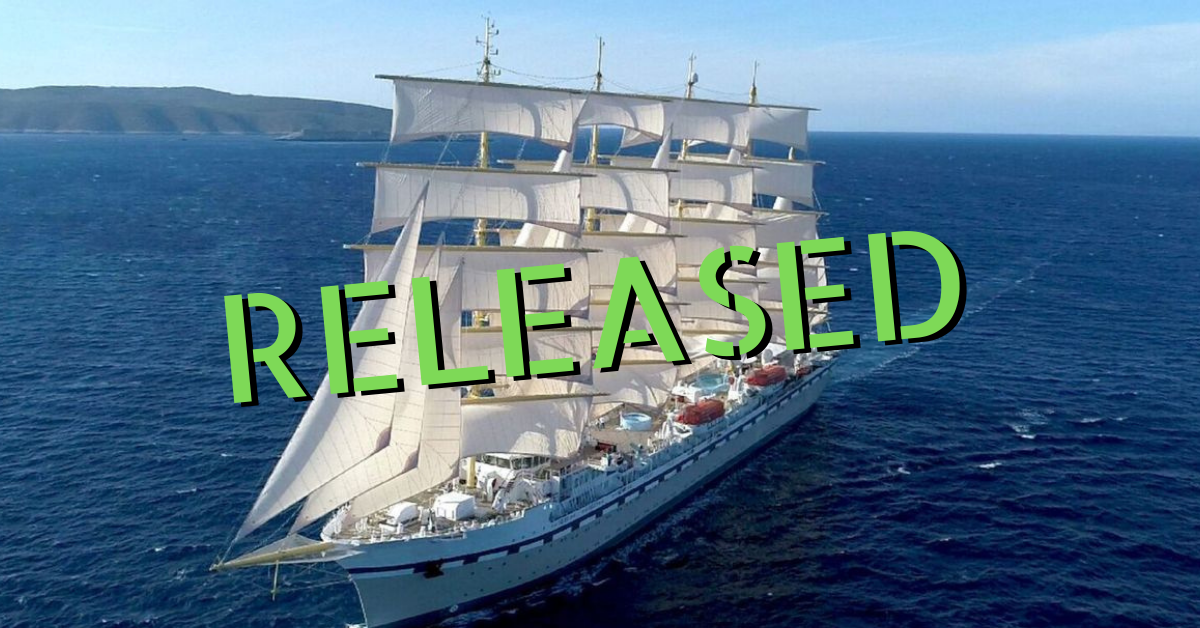 By Linsey McNeill
16/07/2021
Home » Update: Golden Horizon has been released, agents still onboard

ravel agents were among the 70 passengers stuck at Dover on Tradewind Voyages’ Golden Horizon, which was arrested last night in an apparent financial dispute.

The world’s largest tall ship was due to set sail on her maiden voyage at 6pm yesterday when the captain told passengers over the tannoy that they would be spending the night in Dover instead.

Many of those onboard are travel agents invited to preview the ship, which is due to operate four voyages around the UK. Some had decided to extend their stay on the ship after being invited to join a mini voyage along the coast.

Mark Schmitt, Tradewind Voyages Head of Sales, told Travel Gossip at midday today that the ship had been released and would ‘sail within the hour’.

The Admiralty Marshal for England and Wales confirmed the Golden Horizon was no longer under arrest, but one or two agents had already decided to leave the ship after being left in the dark about if and when the voyage would continue.

One travel agent who joined the Golden Horizon for the ‘Long Weekend Voyage’ to Cowes on the Isle of Wight said she was among those who asked to leave the ship this morning.

Passengers hadn’t been told what was happening, she said.

“All I know is that we were due to set sail yesterday evening, the ship should have been all lit up and we should have been on our way at 6pm, and then instead we were told by the captain we would be spending the night in Dover!”

The Golden Horizon had just finished a preview cruise for travel agents and the media and new guests had joined the ship at Dover when it was arrested.

The ship appears to have been caught up in a dispute between Star Clippers and shipyard Brodosplit Group.

Star Clippers had originally commissioned the ship from Brodosplit but never received it and later claimed it had been awarded €13m damages by a Dutch court. It is reportedly demanding the shipyard pays €7m of the €13m for Golden Horizon to be released.

Cruise blogger Dave Monk quoted a statement from Star Clippers yesterday, which said: “Earlier today, the English authorities have upon instruction of Star Clippers and with leave from the Admiralty Mashall arrested the vessel Golden Horizon in Dover.

“Despite several payment demands Croatian shipyard Brodosplit refused to voluntarily discharge its outstanding financial obligations to Star Clippers which made an arrest unavoidable.

“Star Clippers has advised Brodosplit Group that upon proper payment of the debt owed to Star Clippers the ship will be released from arrest immediately.”

Passengers onboard said the food last night had been good, but the service was lacking and they hadn’t been able to get drinks delivered to their cabins. One agent said she had the impression the ship wasn’t well-stocked with alcoholic beverages, and there were no sunloungers.

Mr Schmitt insisted the ship will be back in Dover in time for its next cruise on 19 July, and he said itwas well-stocked with food and drink. However, he said the sunloungers were stuck on a ship in the Suez Canal.

“We have a container that was caught in the backlog in the Suez, but I believe it’s in Rotterdam now and 100% the sunloungers will be onboard for the cruise leaving on Monday,” he added.

In another development, former Tradewind Voyages CEO Stuart Mcquaker has told cruise blogger Dave Monk that he left the start-up in May this year – along with two other senior executives – because he ‘lost all confidence in the owner and his close team to deliver Golden Horizon to the standard required by the charter agreement (with Tradewind Voyages) or to buy into the product vision and philosophy that the early TWV team created’.

Tomislav Debeljak owns Brodosplit which built – and still owns – the ship, having set up TWV to operate it