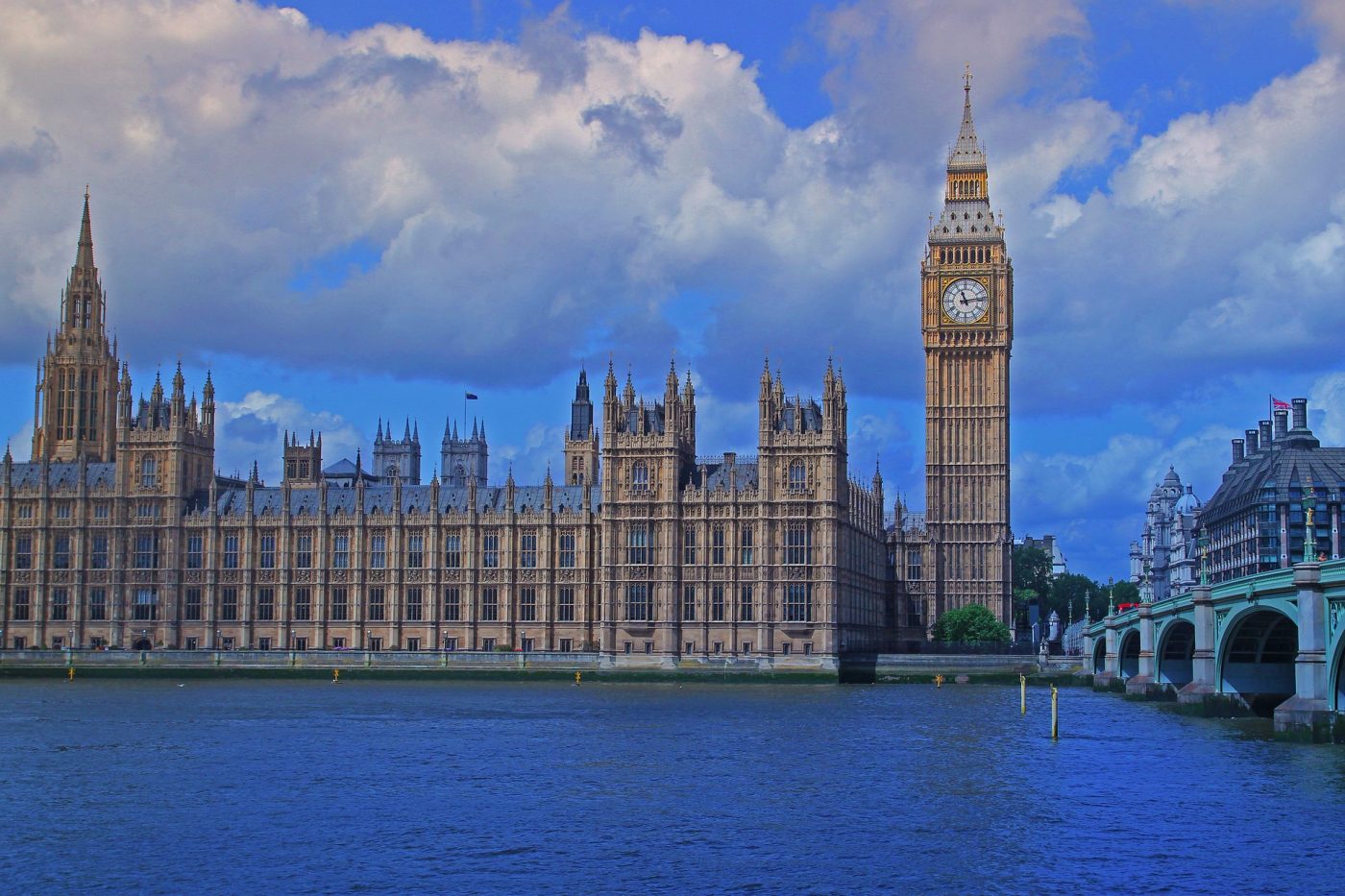 Travel agents are furious that a protest planned in the capital for the entire UK travel industry next Wednesday will be limited to just 400 people at any one time.

The event, organised by several travel organisations in the Save Future Travel Coalition, will be held on College Green, a public park opposite the Houses of Parliament.

The whole travel industry had been asked to come together to lobby the Government for a safe return to travel and, in the meantime, for sector-specific financial support. Travel agent action group TARGET cancelled its planned protest last week in order to get behind next the protest on 23 June.

But ABTA, one of the organisers, told its members it has permission for only 400 people to take part in the protest so the event has been split into two sessions. There is room on College Green for 400 people from 12.30pm till 2.30pm and a further 400 from 2.30pm till 4.30pm.

Agents must apply for tickets to attend the free event, but the 400 slots for the 12.30pm protest were snapped up within hours. At the time of writing there are still tickets available from 2.30pm.

Agents said they were angry that the organisers have agreed to a 400-head limit when other protests in the capital attract tens of thousands of protestors.

“I’m sorry, this is a joke, they are trying to silence us, I’m totally disappointed that this is not being kicked back, protesting is a legal right here in the UK.” – Travel consultant Martin Sandland-Owens of Travel Village.

Martin, pictured below, urged people to take part in the event, even if they don’t manage to bag a ticket. “Hundreds of protests have taken place since March 2020 with tens of thosuands of people attending, so why are we now being told 400 max and a ticketed event?” he said.

“People from all over the UK we’re organising transport and getting down to London to support this. We are the travel industry, supporting jobs in the UK and worldwide, we have been earning nothing for 16 months now, but we’re still working, we will not be silenced, hear our pleas!

“We need numbers, we need to be seen and heard and we need the Government to listen and support us with sector specific support, not later but now. “

Announcing details of the event, ABTA’s Director of Public Affairs Luke Petherbridge said: “It is really important that people strictly follow the rules and requirements around COVID-19 and arrangements for the Day.

“We want the Day of Action to generate positive sentiment and constructive support for the industry.

“Anyone wishing to attend the organised lobby on College Green, Westminster, must register in advance via their trade association. We have permission for 400 people to be on College Green at any one time and have two time slots, meaning we could have up to 800 people – including press, MPs and organisers.

“If you move beyond College Green then you will need to abide by all of the usual social distancing measures, including no groups of more than 30 people together outside.”

Airlines UK, a member of the Save Future Travel Coalition which organised the 23 June event said it was intended as a lobby of parliament, not a protest. “Based on the size of the space, numbers for the organised event are limited to 400 at any one time, to ensure that social distancing is possible and based on a risk assessment that reflects the current Covid-19 rules.  This is why the event is ticketed, so it can be managed responsibly and safely, which is our priority,” said a spokesperson.

ABTA is urging members to request a meeting with their MPs on College Green, but Chris Wouldhave, Manager of Nottingham-based CT4N Travel said: “This protest is supposed to be for everyone in the industry to be able to voice their frustrations and feelings over the continued lack of support and misunderstanding of the industry from the Government.

“By allocating slots, there is no guarantee that any MPs who do want to attend and support their constituents will be able to meet them at this time.

“The simple fact that they have restricted numbers shows the concern the Government has over the strength of feeling from the industry regarding this protest as well as the poor representation being made on our behalf towards them.”

A spokesperson for the Stand Up for Travel campaign said: “We understand the strength of feeling of so many in this industry, which has been harder hit than any other and so understand why the Day of Action event is so important to so many. And while it is an opportunity to give the people in the industry face to face time with MPs at the organised lobby in Westminster, it will not be the only activity they can get involved with – we’re supporting the industry to engage in events in Belfast and Edinburgh, to meet with the MP locally or virtually, to get involved in media and social media activity.

“The Day of Action is part of a long line of activities the industry is doing at the moment to make the Government sit up and take notice, not only of this crucial industry which is a key driver of Global Britain, but which also represents the millions of customers who need to travel whether it be to finally meet up with friends and family, travel for business or for a long-awaited break.

“As a responsible industry we will abide by the rules and guidance regarding the numbers of people who can attend, set by local authorities, which we must comply with. Whilst we’ve managed to secure peak safe capacity for the event in Westminster, we understand the frustration that more people can’t attend.  However supporters are able to support the day of action in a variety of ways and not just in person, including though a huge social media and MP engagement. We urge everyone to get involved in whatever way they can and together we can effect change to save our travel industry.”

Much of the anger from agents was directed at ABTA. Homeworker Stephen Friend said: “I’m staggered to be honest. I fully understand we’re still in the grip of a pandemic, but I don’t see any other protests politely ticketing people!

“It would be nice of ABTA to come out and tell us just who’s decision this was, and more importantly who agreed to it. The government have been rightly criticized all along for lack of transparency in their communications, and now ABTA seem to be following suit. If it’s a government/legal thing then so be it, but there’s absolutely no problem with complaining loudly about that.

“For what it’s worth I’m pretty sure the government will, as usual, brush off any protests. They’ve done it all along and wont change now. However, people need to have a voice, and after watching [ABTA Chief Executive) Mark Tanzer’s cringeworthy performance to the [Commons] Transport Select c=Committee last week, it’s obviously not ABTA who’ll be leading any rallying cries will it?

“They’ve let the people they represent down the whole way through this situation, and we can’t see that changing anytime soon.

“It seems that the travel industry have suffered more than most others, yet we also appear to have the weakest representation. ABTA need to get out there and tell it like it is, like [Jet2 CEO] Steve Heapy and a few others did on TV last week. Instead we get a man who didn’t even seem to know the furlough rules! Then again, he’s not had to use them has he?

“People are passionate about their industry, and obviously their livelihoods. We’re not stupid enough to demand anything that would set us all back with regards the virus, but it’s really time to stand up and be counted, with  support.”

Karen Manners of Pole Travel, whose owner Jill Waite co-launched the travel agents’ action group TARGET said: “What an absolute kick in the teeth, 400 people per slot so 800 in total, how many people are employed in the travel industry?!

“Let down once again by our so-called governing body ABTA = Absolutely Bottled (it) Totally Abandoned (the trade).”

Agent Kate Harris was also furious. “Never ever have I heard of anything so ridiculous as applying for tickets for a protest and the number issued being limited and time slots given? Seriously!!

“Do you think that any other group that has protested has ever been dictated to in this way? Protesting is about showing dissatisfaction and showing the Government just how many people are effected and feel passionate enough to buy tickets and travel to London, it’s hardly going to give those in power a real idea of how many care enough to protest when just 400 attend.”

Why are numbers limited to a total of 800?

ABTA did not say why the protest is being limited to just 400 people at a time, or which body had put a cap on numbers, but a spokesperson said not all agents would be able to afford to attend.

“We understand that many people would like to be able to attend a physical event but that the cost may stop them from doing that,” they said. “This is why the Day of Action is a culmination of activity including engaging with MPs locally, virtually and over social media, engaging with local media and sharing content across social media channels.”

ABTA also pointed out that it is just one of a number of travel organisations involved in putting together the Travel Day of Action. Other organisations include Advantage, AITO and The Travel Network Group (TTNG) as well as Airlines UK and UKinbound.

ABTA said it will be producing materials to support the event, such as banners and social media collateral, but it won’t organise transport to London and it told members who received tickets to try to avoid together, especially car-pooling. However, TTNG has offered to lay on coaches from Bristol, Birmingham and Leeds.

“We are monitoring the numbers of members registering to join the London event and wanting transport, and later this week, we will communicate with them accordingly,” said a TTNG spokesperson.

Advantage CEO Julia Lo Bue-Said added; “No other industry has had to grapple with such lack of financial support and made to feel bad because they happen to sell inbound or outbound travel in order to trade.

“The Government is not even supporting its own  framework and traffic light system which they implemented to enable travel to resume safely through risk mitigation measures such as testing. I empathise with all the agents out there cast adrift and now is the time to come together with the wider industry to make our voice heard. The Day of Action on the 23 June gives the industry a voice – let’s pull together as professionals and show the Government we mean business.”

Why aren’t there regional events?

However, plans for a protest outside the Welsh Parliament have been dropped as there is no body to organise it, said ABTA.

“We are working with partners to put in place virtual plans to ensure members of the Welsh Parliament are included in the lobbying activity on the day,” it said.

ABTA had originally suggested protests would be held at Manchester Birmingham, Leeds and Manchester airports and it circulated a survey amongst members to gauge support.

It said it was still exploring the possibility of organising event in other locations.