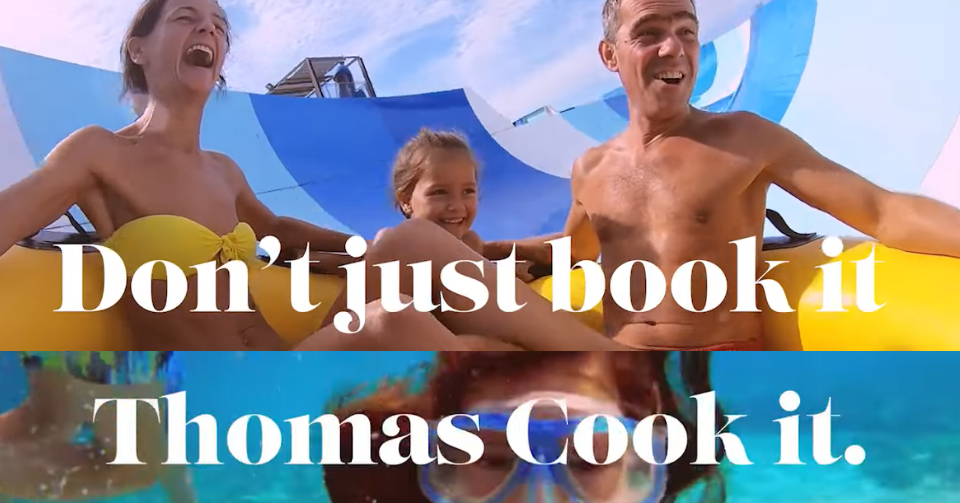 Online agent Thomas Cook has revived the classic Don’t Just Book It, Thomas Cook It slogan that its predecessor used for many years and which is widely viewed as one of the most iconic marketing straplines.

The strapline was created in 1984 and used by the original Thomas Cook company until 1993, when it was dropped.

It was brought back in 2008 only to be dropped again in 2013 because it ‘didn’t match the direction the brand wanted to go in’, bosses said at the time.

Thomas Cook then brought it back again in time for the January 2018 peaks, less than two years before holiday giant ceased trading in September 2019, resulting in the loss of thousands of jobs and a massive repatriation effort to bring home 150,000 holidaymakers.

The Thomas Cook brand was relaunched a year later by Fosun Tourism Group as on online company.

Thomas Cook says the new marketing campaign ‘reminds people of the joy of taking a holiday and the company has composed a catchy summer tune that it hopes will fire people’s imaginations and get them dreaming of cocktails by the beach and diving into pools’.

European Marketing Director Ryan Cotton said: “For a business that’s less than two years old we couldn’t be prouder to be making our arrival on TV screens. We know we wanted to create an immediate resonance with holidays and remind people that there’s a holiday for everyone if you book with Thomas Cook.

“As part of the advert development we tested various lines and Don’t just book it had broad appeal – even for those who might not remember it from the 90s heyday.

“For those of us that were brought up hearing the line used time and again it will hopefully put a smile on their face as they remember the fun of their childhood holidays and how Thomas Cook has been a much-loved brand for so many generations.”

The marketing campaign starts today and runs for at least four weeks across TV, radio, online video and display.