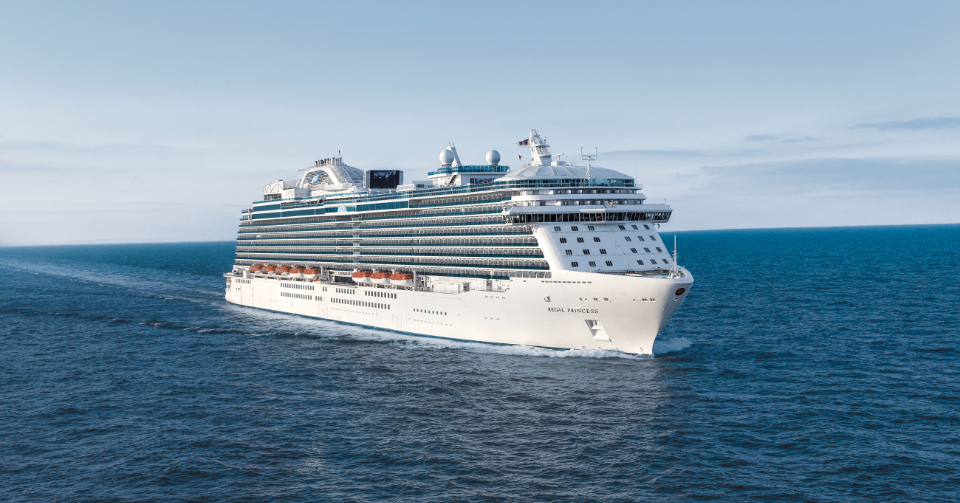 Princess Cruises has added a class on completing the Passenger Locator Form for guests currently sailing in the Med.

The two-hour PLF Q&A session on board Regal Princess was added to last Friday’s daily schedule, alongside events such as ‘Knitters & Knatters Get-Together’, line dancing, trivia quiz, as well as a special event with comedian and TV presenter Susan Calman who is currently onboard.

Steve Dunne, CEO of UK communications strategy company Digital Drums, who is also on the ship, said many passengers have complained they find filling in the form ‘bewildering’.

He said: “Personally, I think the cruise line is being very proactive, because many cruisers are confused or bewildered by it all. Lots of people I’ve spoken to haven’t a clue. The Q&A session with the guest services team was really well attended.

“Guests have grumbled that PLFs were not designed with cruises in mind. If island-hopping, the form grinds to a half as it doesn’t recognise lots of islands.

“Passengers we spoke to at dinner are staying in Airbnb properties after disembarkation in Southampton, before going home. They don’t know the full name of the owner of the property. They just gave up in the end and didn’t bother filling the forms in.

“This is the hot topic. It dominates every hot tub, dinner table and sun bed on this cruise. It’s the main thing people are talking about – that and PCRs.

“Whoever designed the form has never been on a cruise.

“A few days ago, I’d have said most people hadn’t filled the form in. At breakfast this morning, two of the six at our table still hadn’t. I suspect Princess will run the session again before the cruise ends.”

Steve added: “If those forms aren’t checked by Border Force when we get back to Southampton, I predict a riot, because those that have filled in forms say they’ve spent hours of frustration on the Internet filling the thing in and booking expensive PCRs.”

All travellers must fill in a PLF before arrival in the UK, even if they are only transiting.

The form needs to be submitted 48 hours before arrival.

Travel Gossip has asked Princess Cruises for a comment.