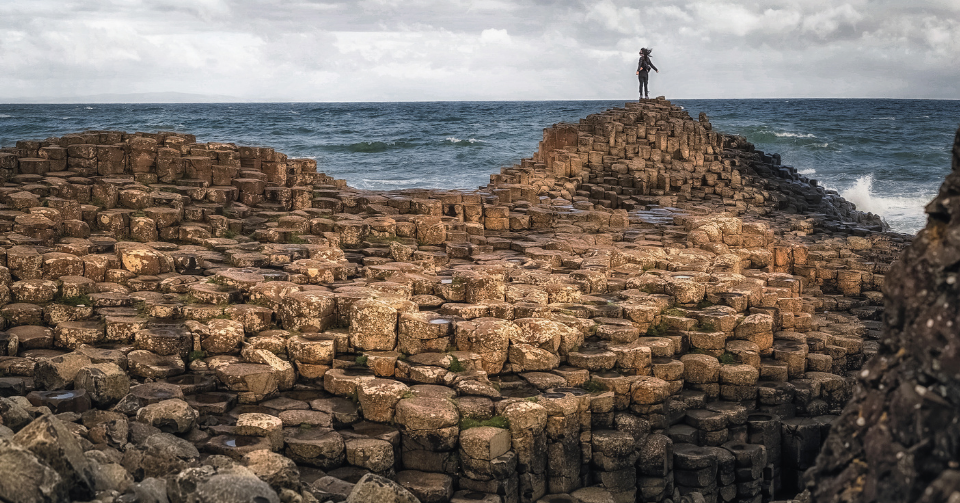 It’s long been known for its natural attractions, ancient history and coastal routes shrouded in myth and mystery, but Northern Ireland has so much more to offer, making it a truly world-class destination. There has never been a better time to Embrace a Giant Spirit and start selling more of this fascinating destination.

Titanic Belfast, the world’s largest Titanic visitor experience, is a must-see during any visit to Northern Ireland’s capital city, but it’s not the only draw in a place filled with iconic experiences, people and culture. Belfast will hold a series of high-profile music events over the next few years after being awarded City of Music status by UNESCO, in celebration of its rich musical heritage and the importance of music to its future. It’s only the third city in the UK to become a City of Music, after Glasgow and Liverpool.

Derry~Londonderry, meanwhile, has attracted an even bigger audience, thanks to the hit TV show Derry Girls. It’s the only intact walled city on the island of Ireland and one of the few remaining in Europe. Within the walls, visitors will find a city crammed full of history, heritage and a vibrant cultural scene. As befits a city surrounded by myth and folklore, Derry~Londonderry holds one of the biggest Halloween events every 31 October.

#2 Sleep under the stars or in a castle for two

Accommodation options are endless and include camping and caravanning, family friendly, and dog-friendly places to stay. For something totally different, suggest clients under stars in a bubble dome at Finn Lough, a low-key luxury hideaway that also has a spa and lakeside or forest walks.

Alternatively, the enchanting Ballygally Castle Hotel, at the tip of the Causeway Coastal Route, with views all the way across the Irish Sea, is one of many castle-stay options. Another, Helen’s Tower, a castle just for two, is the perfect romantic getaway, perched high above the rolling hills of County Down with wonderful forest walks nearby.

Northern Ireland is home to some of the best golf courses in the world, including the renowned Royal County Down and Royal Portrush. The latter hosted the 148th Open in 2019 and is scheduled to do the same in 2025.

Royal County Down, meanwhile, has been voted the number-one course in the world by Golf Digest magazine. Other options include Portstewart, Galgorm, Ardglass, Lough Erne and several other wild coastal links and luxurious parklands.

Just three miles from Royal Portrush, is Dunluce Castle, the location of the House of Greyjoy, ruler of the Iron Islands in the TV epic Game of Thrones. In fact, Northern Ireland is home to more Seven Kingdoms locations than anywhere else in the world, with Belfast also the gateway to the Riverlands, Dothraki Sea and Winterfell.

A brand-new Game of Thrones Studio tour opens later this winter at Linen Mill Studios in Banbridge, County Down.

#5 Immerse in myths and legends

Follow in the legendary footsteps of giants at Northern Ireland’s iconic UNESCO World Heritage Site, the Giants Causeway, described as one of the most amazing places on the planet.

The Giants Causeway comprises around 40,000 mostly hexagonal basalt columns descending into the sea. Some say the stones were formed by an underwater volcano’s geological actions, others say they were created by a giant named Finn McCool, who lived and battled along the north Antrim Coast.

Start the morning with an Ulster fry and tantalise tastebuds throughout the day with favourites such as a famous Irish stew, oysters, champ or cheese. Northern Ireland has an internationally lauded food scene and Belfast’s Cathedral Quarter has many top-quality restaurants.

#7 Take the Stairway to Heaven

The Cuilcagh Boardwalk Trail, also known as the Stairway to Heaven Walk, in County Fermanagh, meanders through one of the largest expanses of blanket bog in Northern Ireland, to the top of Cuilcagh mountain. At 665 metres, it is the highest point on the island of Ireland. The boarding was built to preserve the area’s upland blanket bogs thanks to funding from the European Union, allowing visitors to enjoy the beauty of the landscape without disturbing the bog or the flora and fauna who call this place home.

The Causeway Coastal Route’s rugged beauty, dramatic coastline and mythical stories was voted the number-one region in the world to visit by Lonely Planet in 2018. Along the way are wonderful beaches, including White Park Bay, which forms a white arc between two headlands on the North Antrim Coast. A haven for wildlife, it also has spectacular sunrises and sunsets.

Portrush is a seaside town that grew from a small fishing village into a popular holiday destination, is known as the fun capital of the Causeway Coast, with arcades, nightlife and Blue Flag beaches.  Portstewart Strand is National Trust land and the start point for a 33-mile Causeway Coast Way to Ballycastle, but there are shorter walk options along the dunes, which are a haven for wild flowers and butterflies.

At White Park Bay and Portstewart cattle belonging to local farmers have free reign at certain times of the year and make a special contribution to conservation, reducing grass sward height and allowing rare plants such as orchids and winter annuals to flourish on the short turf. Downhill Beach is part of a seven-mile stretch of sand and surf attracting water-sports enthusiasts and walkers.

Find out more at the Tourism Ireland Trade site here and the Ireland.com site here