Tales from the Secret (Travel) Agent: the one about the constantly changing cruise booking 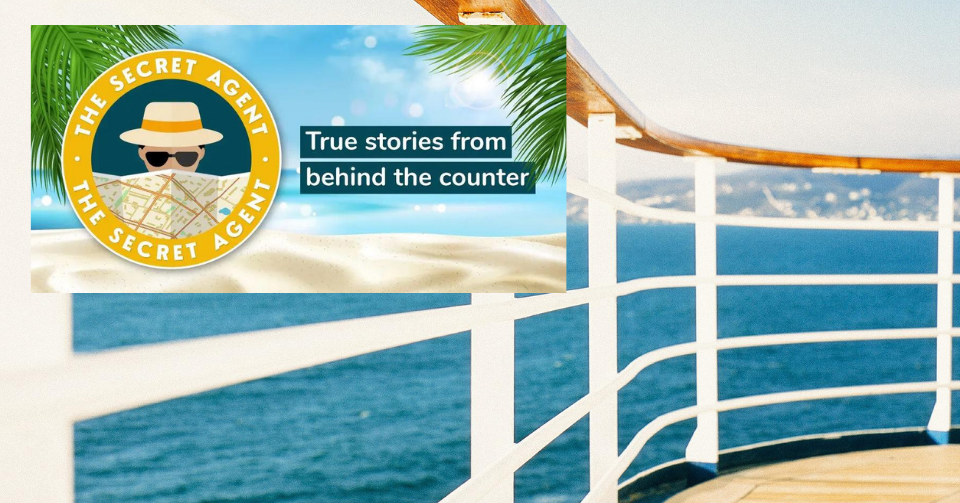 By Lisa James
23/05/2022
Home » Tales from the Secret (Travel) Agent: the one about the constantly changing cruise booking

Travel Gossip’s Secret Agent has been spending time fine-tuning a booking for a regular P&O Cruises client and her various plus-ones.

A regular cruiser, Carole, in her 50s, bounds into the office to book her umpteenth P&O cruise. She’s with a friend she has convinced will ‘LOVE it’.

Carole’s the kind of person you can only take in small doses and the friend – who’s the wrong side of 80 – doesn’t seem entirely sure that two weeks in an inside cabin with a chirpy younger woman is going to be the sailing adventure she’s been promised.

Carole starts describing all the ‘fun’ they will have:  dinner at the captain’s table, walking excursions in all the various ports and the shows (accompanied by Carole doing full-on jazz hands).

I can see the friend’s face dropping as Carole drones on. However, it’s my job to book them, and book them I do.

Deposit paid and off they go to celebrate with a tea and scone around the corner.

Fast forward two months and Carole is back.

“Edna’s decided it’s not for her, so what are my options?” she says.

After giving her the options, it is announced she has another friend who can take poor Edna’s place.

I confirm the deposit is non-refundable and the new friend will need to pay in full.

This goes down like a lead balloon and I’m advised that 1) it’s not Edna’s fault; 2) it’s still a bum in a cabin so why do P&O care whose bum it is and 3) I need to call P&O and tell them that if they don’t refund Edna’s fare then Carole will never use P&O again.

I advise her that I will call P&O immediately to relay her disappointment and see what we can do. Of course, I have no intention whatsoever of doing anything of the kind.

Next day Carole’s back with slightly younger version of Edna, which makes me wonder whether she works in a care home setting and is getting people on board just to avoid the single supplement charges.

I’m informed this is Doreen and she’s cruised before. I’m guessing it was the Isle of Wight ferry in 1952, but I say nothing.

New booking confirmed and deposit paid. I feel this saga has not yet come to an end and wonder how long until Doreen drops out.

After they depart for the celebratory tea and scone, I go on CCS to amend the booking.

Somehow – don’t ask me how – I cancel Edna off and put Carole in a double for single use and – boom – a new PNR pops up.

Head in hands I call P&O.

I get through in record time and as I’m explaining the scenario, we are both laughing.

P&O is brilliant – adding Doreen and removing the cancellation fees.

Hang up from P&O and the phone rings.