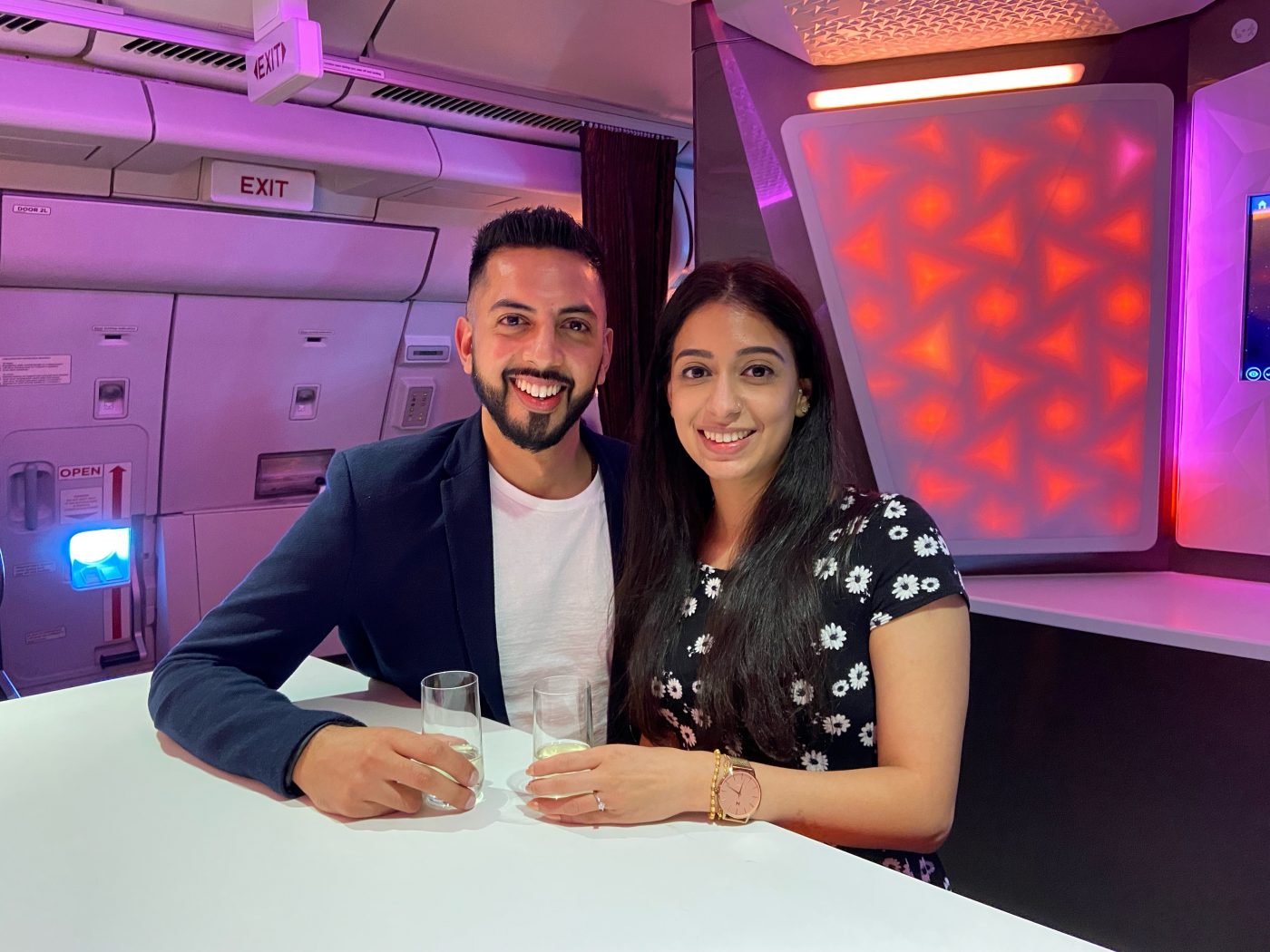 Love was in the air on Virgin flight VS131, when a passenger popped the question to his unsuspecting girlfriend.

Customers broke out in a round of applause as Nikita, who thought she was going on a business trip to Los Angeles, accepted the proposal from partner Bhavin and found out she was actually heading to her honeymoon in Barbados.

A Virgin Atlantic spokesperson said: “On the LHR-BGI flight on Tuesday, customers broke out in a round of applause as Nikita accepted Bhavin’s surprise proposal at 38,000ft.

“Right after afternoon tea service, Bhavin popped the question, having told an unsuspecting Nikita they were heading to LAX on a work trip.

“The happy couple celebrated with a photo as they sipped a cold glass of fizz, on their way to the dreamy beaches of Barbados. Congratulations to Bhavin and Nikita and to our amazing crew for keeping it a secret for at least eight hours of the flight.”

Virgin remained tight-lipped over Twitter questions about how the team and Bhavin managed to keep the destination from Nikita.

“Impossible as others have said,” tweeted one person. “The destination is shown everywhere and when you board a Virgin Atlantic plane the crew keep telling you on the tannoy where the destination is.”

“Glad she says yes. Would have been awks if she said no. Amazing planning by Virgin team to hide this, I’m guessing some distractions and hubbie keeping hold of tickets,” another tweeter posted.

“This would be more believable if it was on a Ryanair flight since the airport it says might actually be in a different city/country,” tweeted another.