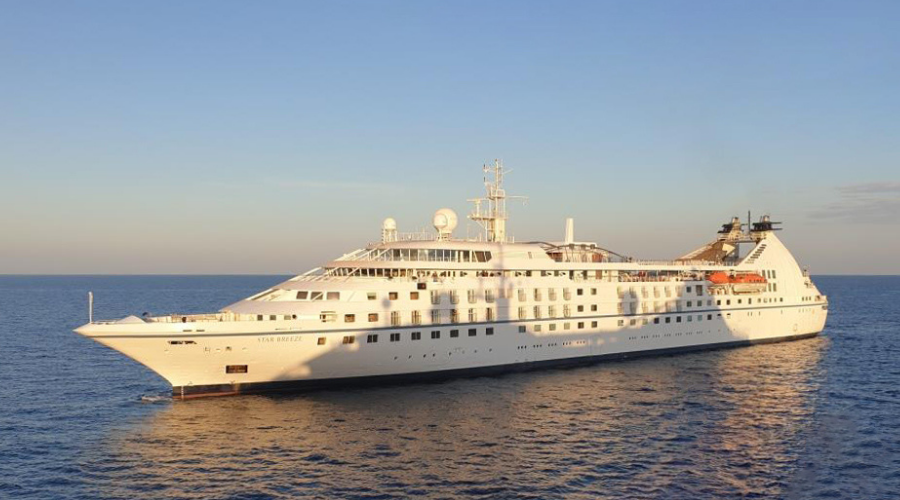 Windstar Cruises has cancelled its Asia cruises for autumn 2022 due to uncertainty about ports reopening in the region.

Seven itineraries on the Star Breeze are affected, including a crossing of the Pacific from Alaska to Japan, two Grand Japan sailings, Island Hopping through Japan, Windstar Crew Hometowns: Philippines and Indonesia, Hidden Indonesia & the Great Barrier Reef, and Edge of the Outback.

Instead, Star Breeze will extend its Alaska season with an additional itinerary (Alaskan Splendors) in late August, followed by West Coast Epicurean Extravaganza down the coast of the US, a trans-ocean voyage from San Diego to Tahiti and five sailings in French Polynesia.

Windstar has also announced what it says is its ‘biggest ever exclusive UK sale’ on more than 140 worldwide sailings departing between May and December 2022.

The sale, which runs until 30June, offers savings of up to 60% and includes both short- and long-haul itineraries, as well as cruise tours and the longer Star Collector voyages.

Included in the sale are:

The highest saving overall is £5,941 per person. This is on the 17-night Star Collector: Eastern Mediterranean Icons sailing from Istanbul to Athens departing 23September with cruise prices from £4,721 per person.