Will there be more last-minute cancellations at Heathrow this summer? 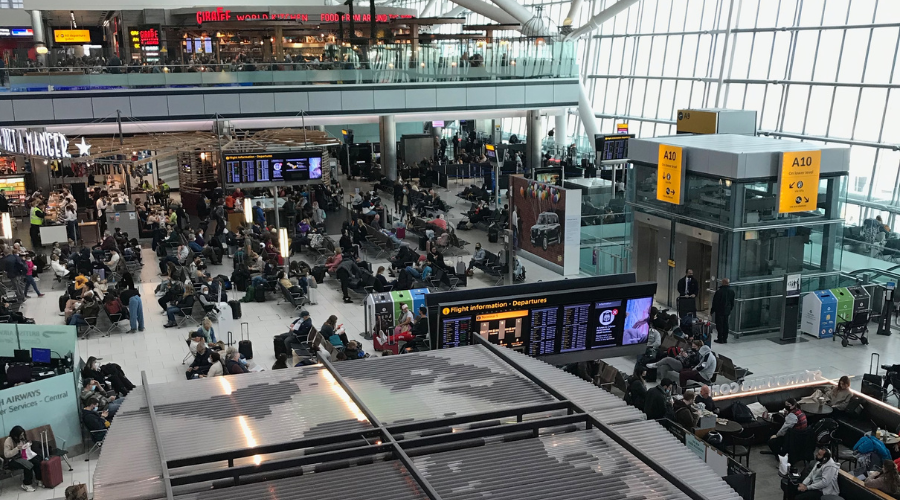 By Linsey McNeill
30/06/2022
Home » Will there be more last-minute cancellations at Heathrow this summer?

Heathrow Airport has blamed disruption at other airports for its need to cancel 30 flights this morning.

It said it was unable to cope with the additional demand caused by passengers rebooking to travel via Heathrow when their flights from other airports were cancelled.

The London hub was expecting a 13% increase in passenger numbers this morning, which was more than it could handle.

As a result, it asked airlines last night to cancel 30 flights to ease pressure on its terminals.

Most of the cancellations were British Airways’ flights, but other airlines including Virgin were also affected.

Which? Travel Editor Rory Boland slammed the airlines for the last-minute cancellations, which affected up to 4,500 passengers.

He said: “Heathrow knew how many passengers were due to fly from the airport weeks ago, so there is absolutely no excuse for it to be ordering on-the-day flight cancellations.”

However, a Heathrow spokesperson told Travel Gossip: “We are increasingly seeing last-minute rebooks through Heathrow when there is disruption or cancellations at other airports.

“The resource profile of teams across the airport (ours, airlines and their ground handlers) is already stretched and we don’t always have advance visibility of these rebooks, so this has also added to the pressures.”

Will there be more last-minute cancellations at Heathrow?

When asked whether it was likely there would be more last-minute cancellations this summer, the spokesperson said Heathrow is working with airlines to make sure that schedules are settled in advance.

Without ruling out the possibility of more disruption, they said that the Government’s relaxation of the ‘use it or lose it’ slot rule, which allows airlines to temporarily hand back take-off and landing slots, should help airlines keep schedules in line with capacity.

Airlines are making use of the slot amnesty, they said, and ‘will likely continue to do so in the coming weeks’.

The relaxation of rules on slot usage is part of a 22-point plan announced by the Government to cut ease air travel disruption.

Other measures include changing the law to make it easier to employ and train staff, which it expects will help solve the staffing crisis that has caused many delays and cancellations.

Also, the Government has written to airlines to remind them of their legal responsibilities to provide information, care and assistance, refunds and compensation to passengers whose journeys are disrupted.

It follows multiple complaints on social media from passengers whose airlines have refused to re-route them when flights are cancelled, and others who have complained that legitimate compensation claims are being unfairly rejected by airlines.

The Government says its working with the CAA to review airline practices and ensure they are abiding by their legal responsibilities.

Which? is calling for the CAA to be given the power to fine airlines that fail to do so.