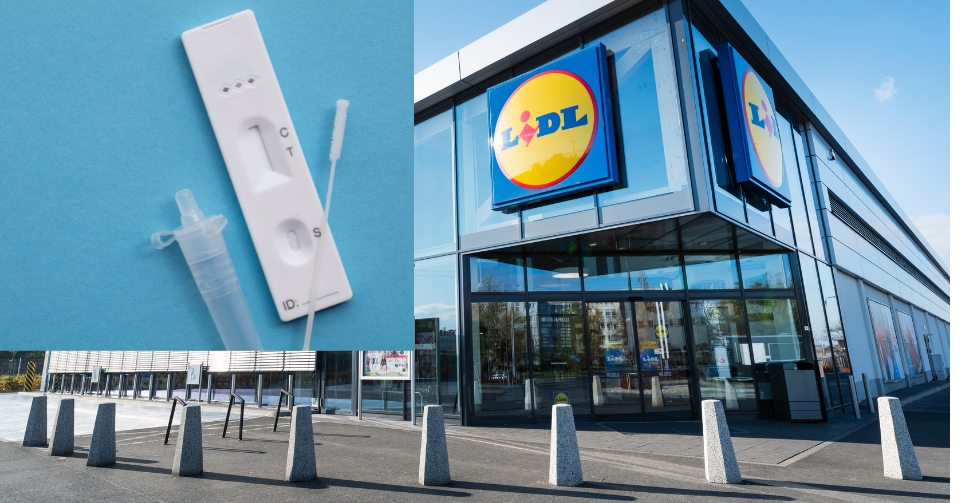 Grant Shapps said today that he hopes vaccinated holidaymakers will be able to use cheap supermarket lateral flow kits instead of expensive PCR tests when they return to England from next month.

Several newspapers reported the Transport Secretary saying that Lidl is already selling a pack of five lateral flow tests for €25 (around £20) in Ireland.

The tests are not yet available in England but Mr Shapps said he hopes returning holidaymakers will be able to use cheap supermarket kits instead of PCR tests, which cost at least twice as much.

The minister announced last week that testing for fully vaccinated travellers will be eased from next month to allow them to take a LFT on or before the second day of their return, instead of a PCR test.

The Sun reported Mr Shapps saying today: “I look forward to the expansion of lateral flow tests perhaps into supermarkets and elsewhere as we as we get onto the point where people can buy those returning from holiday.”

However, it will be up to the Department of Health (DHSC) to set the new rules, which have yet to be confirmed.

Previously ministers had suggested that holidaymakers will need to book supervised lateral flow tests, which cost around £30 – so only slightly cheaper than PCRs.

It is not clear whether the cheaper supermarket tests could be available with online supervision – or if this will be necessary.

According to The Sun, Mr Shapps said: “Remember with PCR tests you didn’t have to be supervised. You had to get that PCR test in advance, you had to record the fact that you ordered it, but you were then trusted to get on and do it.”

Mr Shapps initially said that he hoped lateral flow tests would replace Day 2 PCRs in time for the half-term holiday at the end of October, but there have been reports that a shortage of LFT kits could scupper that aim.

This morning, the Transport Secretary would only say that he was confident the system will be up and running ‘in good time’.

Travel Gossip has approached Lidl and other supermarkets to find out if and when they intend to offer LFTs in England, if so how much they will cost and whether they will come with online supervision and certification to make them a potentially suitable replacement for PCR Day 2 tests.