Whoa! Behind the scenes video of Emirates’ hair-raising new ad 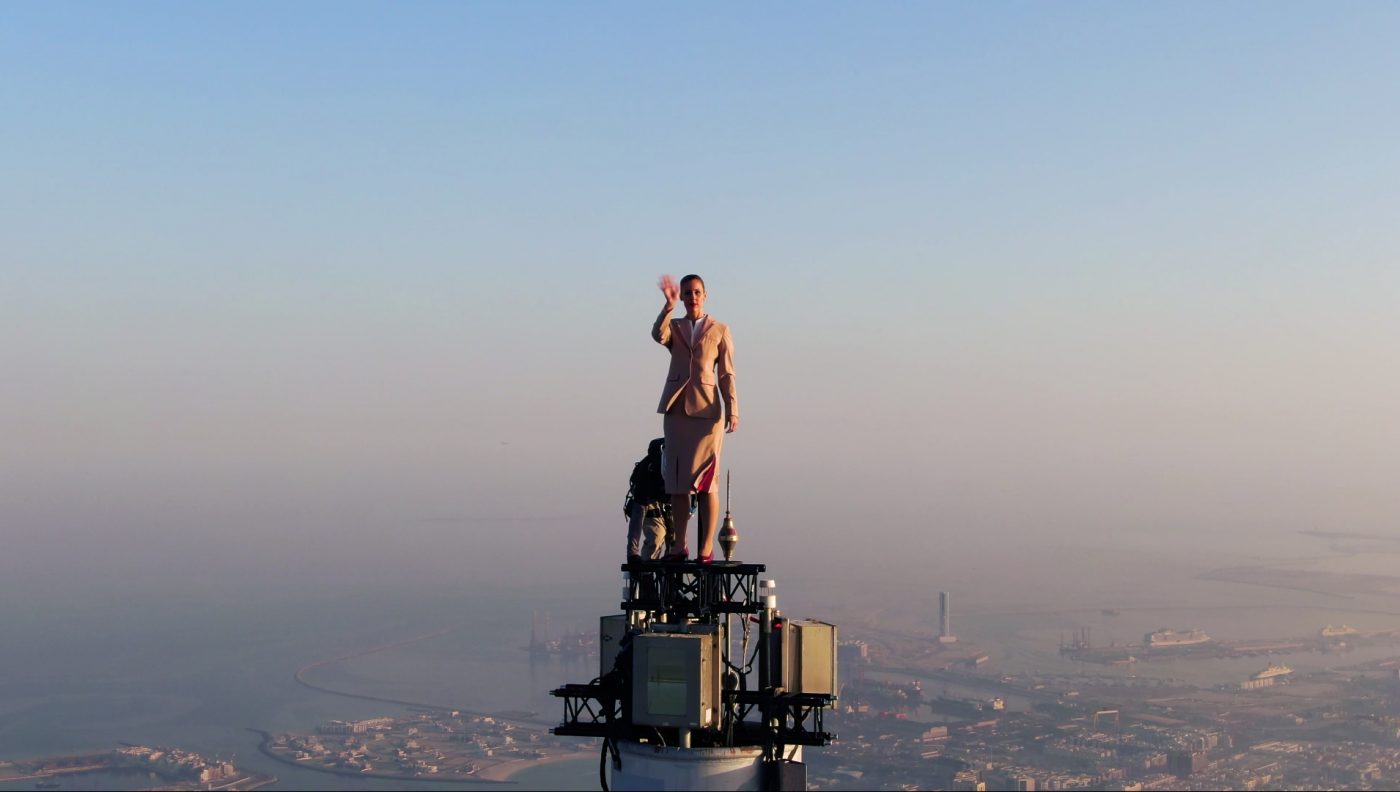 Emirates has filmed one of the highest adverts in the world, taking a lookalike member of its cabin crew to perch on the tip of the Burj Khalifa in Dubai to celebrate the UAE being removed from the UK’s red travel list.

The 30-second clip was filmed without a green screen or special effects, using a stunt woman dressed in an Emirates uniform.

The airline had put out a casting call to its own cabin crew and it said it had some ‘willing and capable candidates’ but a professional skydiving instructor was used instead ‘to ensure the highest levels of safety’.

The woman was filmed standing on the top of the Burj, 828 metres above ground while holding up message boards in a nod to the famous scene in the 2003 hit romcom Love Actually.

The stuntwoman Nicole Smith-Ludvik is one of only a handful of people to have stood at the pinnacle of the building, including Tom Cruise and Crown Prince of Dubai Sheikh Hamdan bin Mohammed bin Rashid Al Maktoum.

“We’re proud to be among a privileged few who have been allowed to film at the top of the Burj Khalifa by Emaar; and even prouder that we get to showcase our beautiful city, Dubai,” said Sir Tim Clark, Emirates President.

The airline said safety remained its top priority throughout the filming. A custom platform with an attached pole was built at the top for the protagonist to stand on. She was attached to the pole as well as two other different points directly to the pinnacle, through a hidden harness under the Emirates uniform.

Filming started at sunrise to catch the golden hour light and the teambegan their ascent to the pinnacle before sunrise. The climb took 1 hour and 15 mins from level 160 of the Burj Khalifa by Emaar and the team had to scale several tiers and ladders inside a tube to reach the top.

The team was at the pinnacle for around five hours with the stunt woman, wearing a safety harness under the Emirates uniform secured to a custom-made platform that was attached directly to the pinnacle. A single drone was used to capture the footage in a continuous take to film the complete sequence.

The ad will be adapted for several markets across the Emirates network, breaking first in the UK.