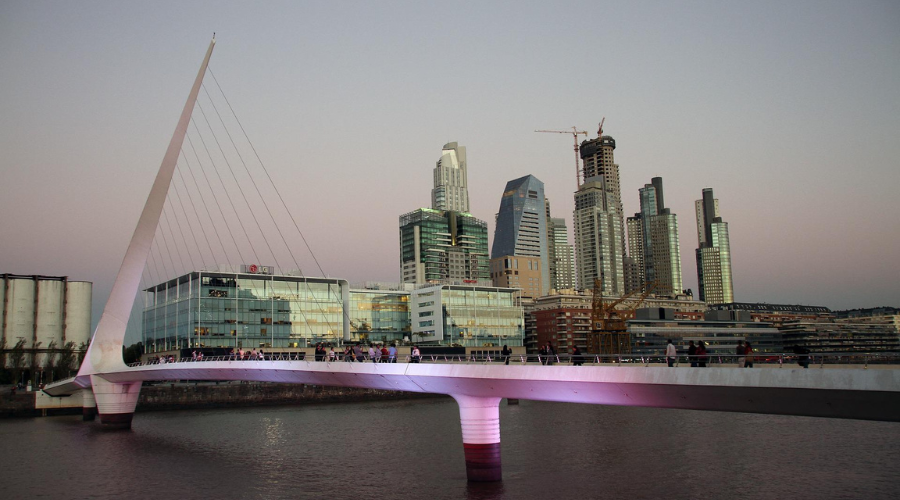 LATA Expo returned to London for its ninth annual event this week, with 130 exhibitors from Latin America attending. Here’s a round-up of what’s new from the region:

Argentina is prioritising efforts to secure a direct UK-Buenos Aires flight this year to avoid UK visitors having to travel via Sao Paulo or a continental European hub. During the pandemic, Argentina turned its focus to homegrown tourism, with the government encouraging flag carrier Aerolineas Argentinas to increase domestic flights. With these in place, the country believes it can better promote 150 destinations featured in its ‘Natural Routes’, a series of itineraries created as an alternative to well-known favourites such as Patagonia and the Iguazu Falls. A new UK-focused website promoting the routes will be unveiled later this month.

A relaunched e-learning programme and series of tour operator fam trips are on the cards from Guyana this year. With a population of just 750,000 and only one major road running the length of its coast, the former British colony is positioning itself as the ultimate ‘off-the-beaten-track’ destination that’s best suited for affluent guests in search of an authentic jungle experience. Trade partners are being encouraged to package capital Georgetown with soft adventure exploration. New tourism product is opening around Kaieteur Falls, the world’s tallest single-drop waterfall that is four times higher than Niagara Falls.

River and yacht cruise operator Aqua Expeditions is stepping up its UK trade promotions following the launch of two new vessels during the pandemic. The ultra-luxury specialist added the 20-cabin river cruiser Aqua Nera last year, which operates alongside two similar ships in and around the Pacaya Samira National Reserve on the northern Peruvian Amazon. Last month it added the seven-cabin Anne Mare – the first dedicated super yacht operating in the Galapagos. Aqua Expeditions typically offers seven- and 14-night sailings.

Marriott International is aiming to grab a bigger slice of Costa Rica’s twin-centre ‘beach and nature’ market by boosting awareness of its W Costa Rica property on the country’s Guanacaste coast. TUI offers the neighbouring Westin Reserva Conchal hotel, but the hotel giant believes affluent UK travellers would be better suited by the trendy W vibe. The 150-room W opened in 2019 and currently receives 80% of its business from the US and Canada.

Brazilian carrier LATAM Airlines’ seven-times a week offering from Heathrow, up from six flights a week, begins again in July. Account manager Ronei Silva said: “Corporate demand has definitely bounced back quickly and it’s great to be back to our daily service. Sao Paulo is a hub for financial services, oil, mining and agriculture, all sectors that are particularly robust, and this has been a benefit for us.” LATAM is reporting high on-going bookings for the remainder of 2022 and early 2023, and says pent-up VFR traffic is also driving sales.

The decision to recognise Bitcoin as an official currency is set to transform El Savador’s fortunes, according to the president of the country’s tourist board. Casatur boss Carlos Umana said the Central American republic is already attracting a host of software firms, banks and financial services companies. El Salvador is building a dedicated ‘Bitcoin City’ at Conchagua on its southeast coast, which will be served by a new airport and rail links. Meanwhile the surf resort of El Zonte south of capital San Salvador has been dubbed ‘Bitcoin Beach’ thanks to an influx of cryptocurrency millionaires building luxury properties. Meanwhile, the country is keen to push its colonial heritage and Mayan culture to the UK trade.

Aurora Expeditions will add its second ship in November, giving the operator the chance to add 11 new itineraries for 2023/24. New vessel Sylvia Earle will be at the heart of planned expansion in Antarctica. Highlights in the expanded programme include a sub-Antarctic safari cruise which takes in the Falkland Islands and South Georgia, and a similar sailing which also includes the chance to visit the protected South Sandwich Islands, home to more than a million chinstrap penguins.

Vipac Travel has launched a new tour of the last living Incan town, Ollantaytambo. The trek visits the Inca Fortress of Ollantaytambo, the Araqwa Ayllu and the Qosqo Ayllu as well as a walk through its narrow stone streets built several centuries ago. The tour continues to Pumamarca, a pre-Inca fortress dating from approximately 900 AD, and takes in a stay at the Qolqas Lodge in the Apus mountains before a trip to Machu Picchu.

Air Europa predicts business in the second half of 2022 will be 5% up on pre-pandemic levels. The airline, which offers flights from Gatwick via its hub at Spain’s Madrid-Barajas Airport, has added five new longer-range Boeing 787 Dreamliners to bolster its intercontinental offering, allowing the carrier to reach 23 destinations across the Americas. Particularly strong routes for UK travellers are its services to Lima, Peru, which is otherwise served by seasonal British Airways flights, and Havana, Cuba following the ending of Virgin Atlantic’s direct service. Air Europa claims its business class is also growing in popularity with SMEs thanks to its new long-haul B777 cabins equipped with flatbeds.

Galapagos cruise specialist Galagents is making its first venture into the dive market later this year with the launch of a dedicated 16-berth vessel. The luxury Galaxy Diver, equipped with eight double cabins, will be the operator’s fifth ship when it joins the fleet in September. Galagents has previously offered more traditional sightseeing cruises which feature walking tours and snorkelling. Galaxy Diver will run eight-day liveaboard dive cruises from the main island of Santa Cruz, taking in dive sites around Darwin and Wolf Islands offering the chance to see whale sharks, turtles and manta rays. Cruises are available via a number of UK operators and can be booked direct, with Galagents offering a trade commission of 15%.