Whatever next? TUI pilot loads passengers’ bags himself after 30-hour delay 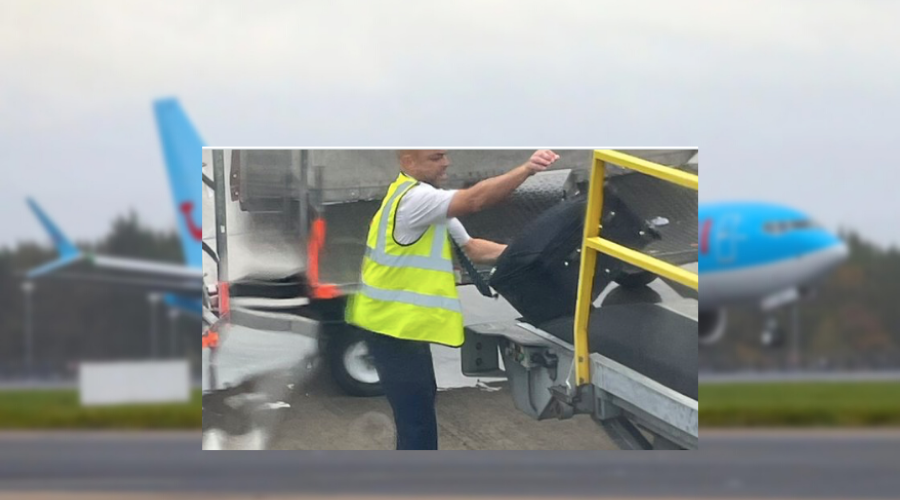 By Linsey McNeill
31/05/2022
Home » Whatever next? TUI pilot loads passengers’ bags himself after 30-hour delay

Passengers have praised a TUI pilot after he left the cockpit to load their bags onto the plane so it wouldn’t miss its take-off slot.

It followed a 30-hour delay to flight TOM2744 from Manchester to Heraklion in Crete.

Passengers said the First Officer, known only as Simon, left the cockpit and loaded bags from a luggage trolley onto a conveyor belt into the cockpit.

He is seen wearing a high-vis jacket on a video taken by one of the passengers as they waited on the plane for take-off.

One passengers tweeted: “Please @TUIUK @TUIGroup can we get Simon the co pilot of the TOM2744 flying from Manchester on 30 May an excellence award?

“He is out on the tarmac in the rain helping to load the bags to try and get us on our way after 30 hours delay so far.”

But the pilot’s unorthodox actions demonstrate the crisis at Manchester Airport, where TUI has been forced to cancel a quarter of all its flights up to the end of the month.

It blamed ongoing disruption in its operation at the airport, where TUI’s baggage handling is usually performed by Swissport.

Some 34,000 passengers will be affected by the cancellations up to 30 June.

Flights are also suffering long delays. TUI’s flight TOM2744 was due to leave Manchester at 7.55am on Sunday, but after sitting on the aircraft for five hours passengers were escorted from the plane back to the terminal where they were told, by email, that their flight had been postponed until 1.15pm the following day due to ‘operational issues’.

The following day, following a further two-hour delay, passengers waiting on the plane were told by the captain that there could be another 40-minute delay due to baggage loading issues, but he said the airline was ‘doing everything they could to get the flight out’, adding: “My co-pilot Simon is even loading bags.”

A TUI spokesperson said: “We are aware of videos shared on social media showing one of our amazing TUI pilots supporting our operation by loading bags onto one of our aircraft bound for Crete from Manchester on 30 May 2022.

“Whilst not something our pilots would normally do, this video is one example of the incredible dedication of TUI colleagues who are doing everything they can to get customers away on their holidays.

“We can’t thank him enough for his swift and decisive actions, and we would like to thank all of our teams who continue to demonstrate their hard-work and commitment to TUI and its customers.

“We understand that we have disappointed some customers with the recent disruption, but we would like to reassure them that we are doing everything we can to get them away on their holidays.”

Reports on social media suggest it’s not unusual these days for pilots and crew to muck in with other jobs due to staff shortages One person posted on Facebook that the pilots and cabin crew cleaned a TUI flight from Orlando when there were no cleaning staff available and one said police were spotted unloading bags at Birmingham Airport this week.