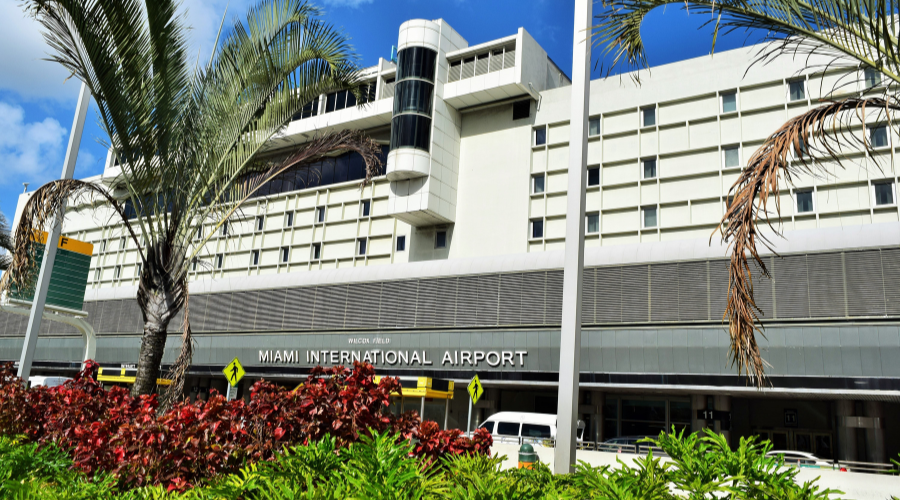 Passengers on a flight from the Dominican Republic had a lucky escape when their plane crash-landed at Miami Airport.

The plane burst into flames when its landing gear collapsed as it touched down, said authorities.

All 126 passengers and 11 crew onboard managed to escape from the wreckage of the Red Air jet. Three were taken to hospital with minor injuries, according to local reports.

Red Air is a low-cost airline, founded only last year in the Dominican Republic.

Video footage taken from the runway showed the nose of its silver jet smashed to pieces as black smoke billowed from a fire burning on its left wing.

As it skidded along the runway, it hit a communications tower and small building.

The plane, an old McDonnell Douglas 82, was arriving from Santo Domingo around 5.30pm yesterday.

Some flights were delayed due to the fire, airport officials said.