‘Utter disappointment’ as Turkey stays on the red list 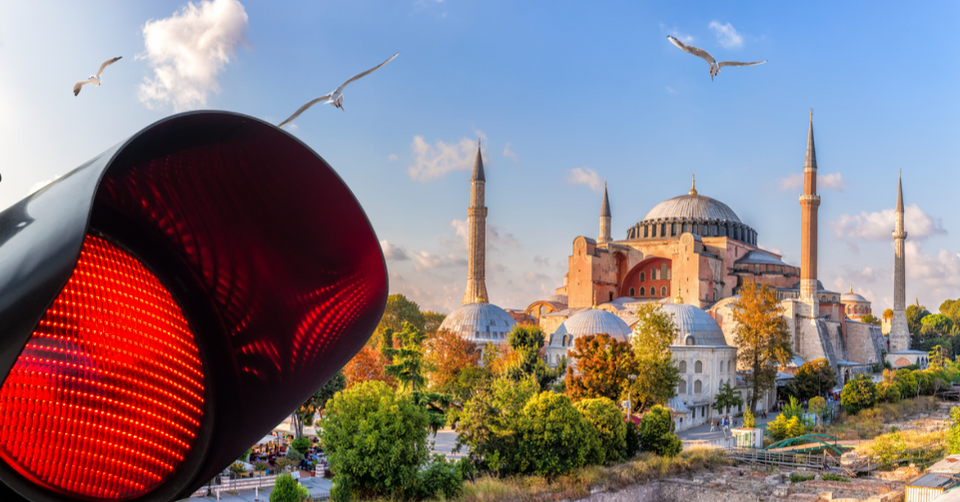 Advantage CEO Julia Lo Bue-Said has slammed the latest traffic light review after the industry’s hopes that Turkey would be moved off the red list were dashed.

While seven countries moved to green, Ms Bue-Said pointed out that only two of them – Finland and Azores – are currently open to all visitors without restrictions.

She said: “Yet again another traffic light review ending in utter disappointment with Turkey staying on the red list and destinations which are not significant volume destinations making it onto the green list.”

Following Thailand and Montenegro’s move to the red list, which takes effect from 4am on Bank Holiday Monday, Ms Bue-Said added: “There has never been a positive cumulative effect from the traffic light system which makes it almost impossible for travel agents to trade their way into recovery.

“The system is akin to robbing Peter to pay Paul, which benefits no one.  It is vital that Government ministers make informed decisions in collaboration with industry experts or we will see business failures by the end of the year as any support dries up.  The Government must recognise that its damaging travel policies are deconstructing an industry on the precipice.

As well as an ineffectual traffic light system the testing requirements are not only onerous, and expensive they are entirely redundant. No technology to verify test codes on passenger locater forms means the whole system is pointless at best, industry sabotage at worst. It’s time to overhaul the whole policy and start making changes which will help not hinder the travel industry.

As an industry we expect to be invited to provide evidence for the policy review in October, because on their own the Government just keeps getting it wrong time after time.”

Charlie Cornish, CEO of MAG (Manchester Airport Group), said: “Today’s announcement will have a positive impact on the options available to those looking to go on holiday in the remaining days of the summer season.

“But in reality, these changes will make little difference to the overall recovery of the UK travel industry, which is already recovering at less than half the pace of the rest of Europe.

“Europe’s stronger recovery has been driven by the removal of testing requirements on vaccinated travellers.

“Unless the UK also removes the need for people with full immunity to take these tests, we will continue to squander the advantage our world-leading vaccination programme was supposed to deliver, while passengers on the continent travel restriction-free to low-risk destinations.

“Government cannot wait until 1 October to make changes to the travel regime and must press ahead with an overhaul of its traffic light system immediately.

“We must arrive at a simpler, more affordable and sustainable travel framework to enable the best possible winter season and give customers the confidence to book ahead for 2022.”

Danny Callaghan, CEO of the Latin American Travel Association, said: “As usual, no positive news for Latin America in the changes to the traffic light gradings.

“Again, we have no clarity on how decisions are made – the Government repeatedly talks about ‘following the data’, but that is not born out by their actions.

“If we look at the actual data from the last 14 days, nowhere in mainland Latin America has case rates anywhere close to the UK’s. Remember when Brazil was the supposed epicentre of the world’s COVID problems? Well, their cases are running at only 30% of ours, whereas the USA is on a par with the UK.

“Maybe it’s to do with vaccination rates? But Chile is ahead of the UK on that, but still on the red list. And streets ahead of India, which made the amber list last time and has had its FCDO (Foreign Office) advice downgraded. Perhaps it’s to do with genomic sequencing? But latest figures show that the UK is sequencing a negligible amount of positive cases, so that’s clearly not important.

“The most telling evidence that the grading is a complete farce is how the announcements are made. Grant Shapps is not what you would call camera shy, yet for some reason announcements about travel, which impact thousands of lives and livelihoods, are made late in the day by Twitter.

“Why is Shapps so afraid of scrutiny over these announcements? Why not stand at a podium at No 10, and confidently announce how the government is keeping us all safe? I imagine the announcements being tweeted from behind the sofa, avoiding the eye of the travel industry, like a child hiding from the gaze of the Daleks.

“Surely this utter shambles can only go on so long before we accept that COVID is here to stay, that there is nothing that comes after vaccination and that, for now at least, one of the riskiest places for Brits to be is here, in the UK?”

Mark Tanzer, Chief Executive of ABTA, said: “The latest travel update provides some stability to international travel as well as reassurance for holidaymakers heading off to popular holiday destinations over the coming weeks.

“The Government now needs to focus its attention on sorting out some of the structural issues that are stopping people travelling and delaying the industry’s recovery. The UK may be leading the way on the vaccine roll-out but it is lagging behind other countries when it comes to opening up international travel and making it easy for people to travel.

“The Government can and should do more to capitalise on the successful vaccine roll-out in the UK – our neighbours across the channel have been able to travel without restriction for quite some time if they have been double vaccinated. The expensive testing regime is putting people off taking a holiday overseas and is unnecessarily onerous when people are returning from low-risk countries.

“We also need the Government to recognise the impact the pandemic has had on travel businesses and support them in the industry’s recovery. Travel agents, tour operators and travel management companies haven’t had access to the same level support as other industries yet their opportunity to trade their way out of the crisis remains severely restricted by the Government. The end of furlough is a real worry for many companies and the Government needs to provide financial support for the sector.”