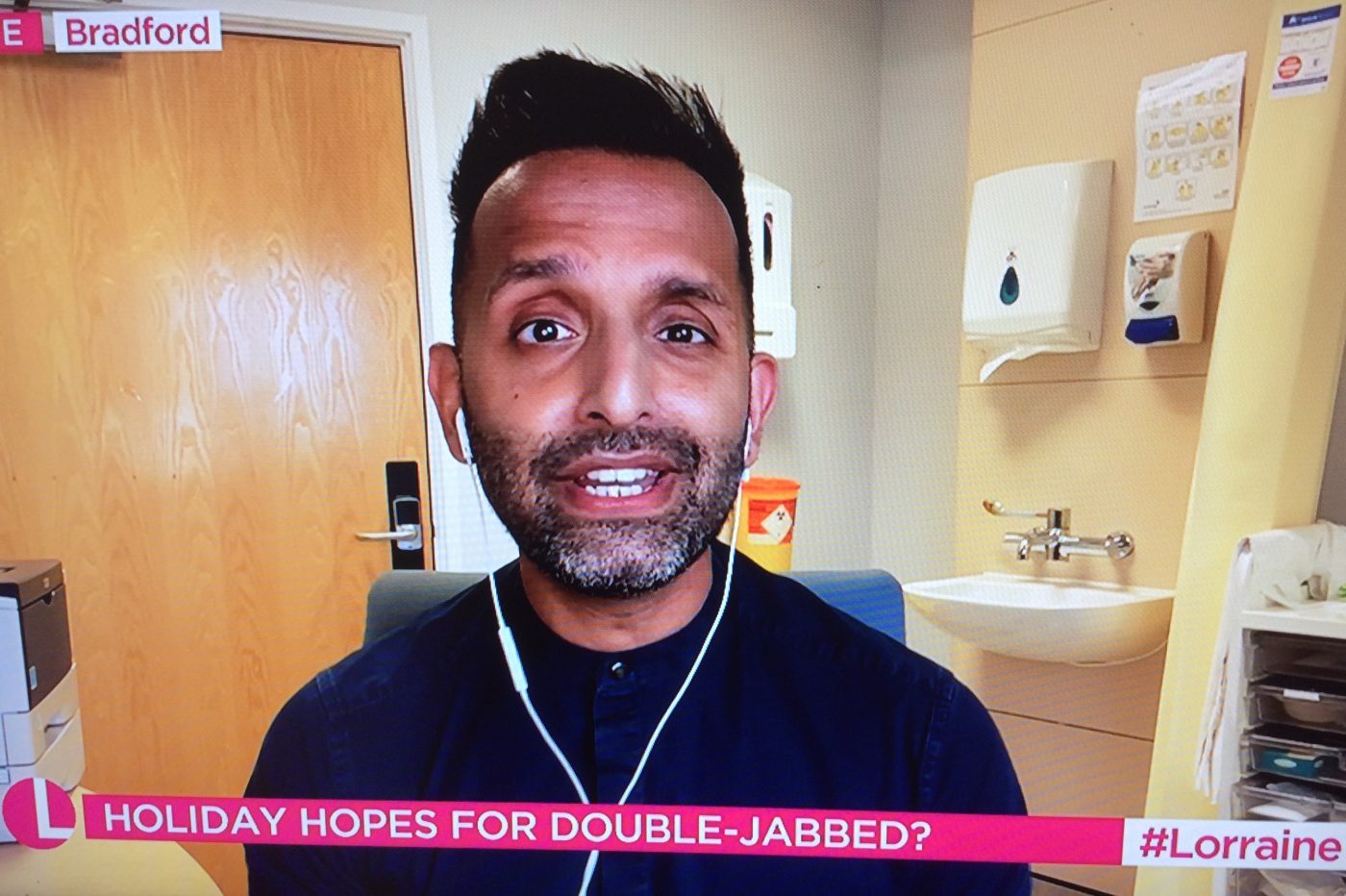 Agents have expressed dismay after TV’s Dr Amir Khan said no-one should be able to travel abroad until everyone in the UK is vaccinated.

Speaking on this morning’s Lorraine show on ITV, the Leeds-based doctor said plans to allow those who have been double-vaccinated to skip quarantine on their return from amber countries created a ‘two-tier system’ that was unfair on young people.

He said: “People who’ve had both vaccinations may be able to go on holiday to amber countries without the need for quarantining.

“My opinion is it creates a two-tier system. We’re all in this pandemic together.

“In the initial stages of the pandemic we were shielding and protecting vulnerable people, older people and the young people had to make sacrifices as a result.

“Now the shoe’s on the other foot. Older people have been fully vaccinated, younger people are waiting.

“I don’t think it’s fair that one set of people can go on holiday above another. I think we are all in this together and we have got to be really careful.

“And, at a time where COVID cases are rising here in the UK, due to a variant that’s come in because of holes in our border, because of a country that was left on the amber list when it should have really gone red, should we really be thinking about maybe making amber countries green for certain people?

“We don’t know where the next variant is coming from. My advice, as always, staycations, that’s the way forward for this summer. Just be that little bit more patient. We’ll be able to travel abroad soon. Just not yet.”

Show host Lorraine Kelly said she ‘could not agree more’.

However, Travel Gossip members expressed outrage with one saying: “He’s failing to see the jobs that would be saved and also the future of travel for that generation,” and another saying: “I was fuming after watching that. Lorraine can sub our wages then. I suppose staying home is lovely with a massive garden and no stress about final balances due!”