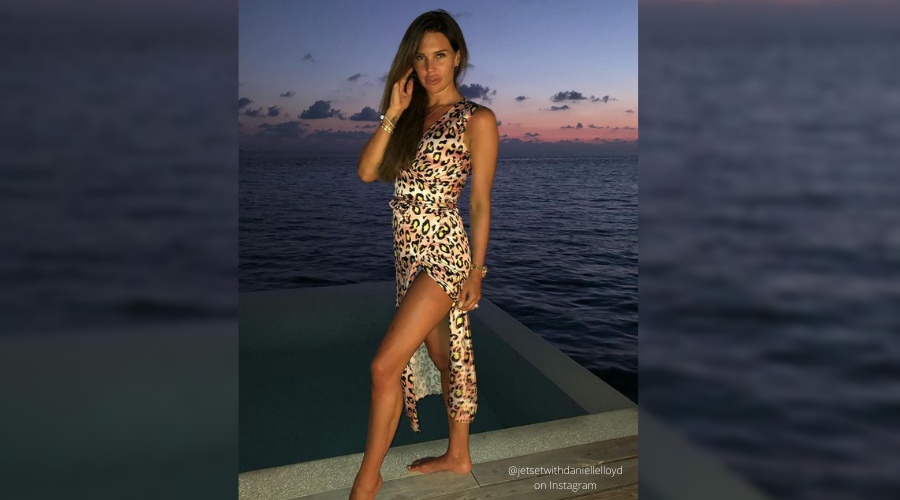 Travel agent Danielle Lloyd has been dragged into the high-profile trial between footballers’ wives Coleen Rooney and Rebekah Vardy.

In case you haven’t been glued to the trial (unlike us), Wayne Rooney’s wife Coleen publicly accused Jamie Vardy’s wife Rebekah of leaking stories about her to the press and now Rebekah is suing Coleen for libel.

However, other WAGS (that’s Wives and Girlfriends of footballers, in case you didn’t know), have also been mentioned in the High Court trial, including Danielle Lloyd.

Mum-of-five Danielle used to be married to former footballer Jamie O’Hara. Since her divorce from the ex-Spurs player, she has set up as an InteleTravel agent.

She launched her InteleTravel business in January 2021 but took time out last year to have a baby girl with her second husband.

She says she has since returned to travel, but admits that apart from booking her own trips she is now mainly focused on ‘team building’, presumably via PlanNet Marketing, which recruits agents for InteleTravel.

One message read out in court, allegedly sent by Danielle to Coleen Rooney about Vardy said: “She is rat feel ashamed for her”, followed by the sick emoji.

In one message to her agent where Rebekah called someone as a ‘nasty b****’, Rebekah told the court said she thought was referring at the time to Danielle Lloyd, not Coleen.

Messaging her agent about Danielle, Rebekah wrote: “I have taken a big dislike to her. She thinks she’s amazing. Would love to leak those stories.” However, she told the court she hadn’t leaked any stories about Danielle and has always denied Rooney’s accusations that she was selling stories to the press.

She said the ‘stories’ she referred to in the message to her agent were ‘gossip and speculation’ and denied leaking any information about Danielle, who has also worked as a model and TV personality.

Rebekah told the court that messages she sent to her agent about a ‘pregnant girl’ on 6 August 2019 were about Danielle. One of them read: “She has gone and done it now – leak the Maldives stuff,” which referred to a magazine article in which Danielle was talking about her honeymoon in the Maldives and her miscarriage.

The trial – and the drama – continues.

This article has been shared to the Travel Gossip Facebook group. click here to read the comments from fellow travel professionals and add your own!