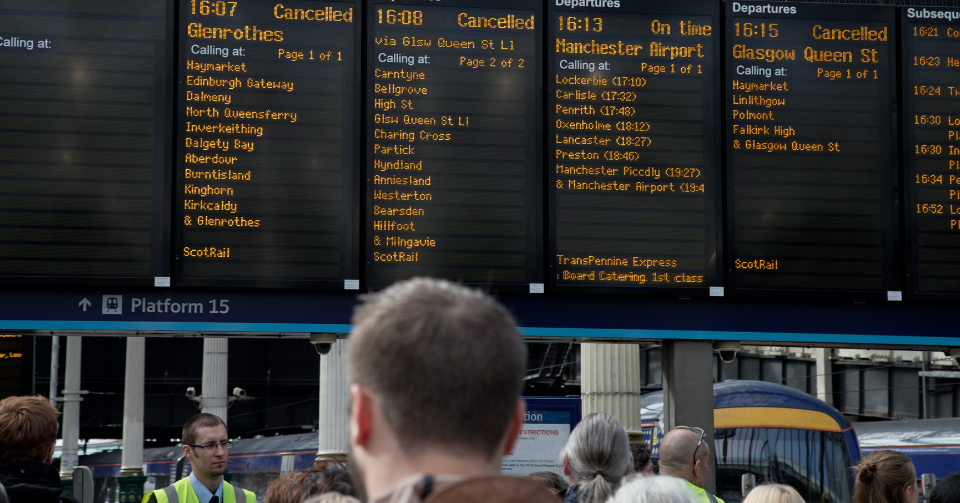 Westoe Travel in South Shields worked round the clock over the weekend to care for customers on its new UK domestic holidays who were stranded by Storm Arwen.

Staff were at their desks till midnight on Friday and back at work from 5am till 10pm on Saturday trying to help customers.

The travel agency only set up its rail adventures programme at the beginning of this year, offering rail and hotel packages exclusively in the UK.

It said bookings had exceeded its expectations and the rail operation had become a ‘crucial’ part of the business, but Storm Arwen, which brought sleet, snow and gales to parts of the country, was its first big challenge.

Seven customers were stranded in Edinburgh after winds of 84mph forced the closure of the rail line to Newcastle. A replacement bus service was made available, but police later closed the A1 and other roads back to England due to high winds.

As a result, Westoe booked all its customers into hotels in Edinburgh and on Saturday, when the rail replacement buses still didn’t run, it arranged a mini-coach to bring them all home.

Other customers who were unable to reach Edinburgh for their trips were immediately refunded, said Westoe.

Customers travelling to or from London and Manchester were advised of changes to their train times.

“It was an expensive weekend for us but it demonstrates to customers the value of booking a package,” added Ms Brett.