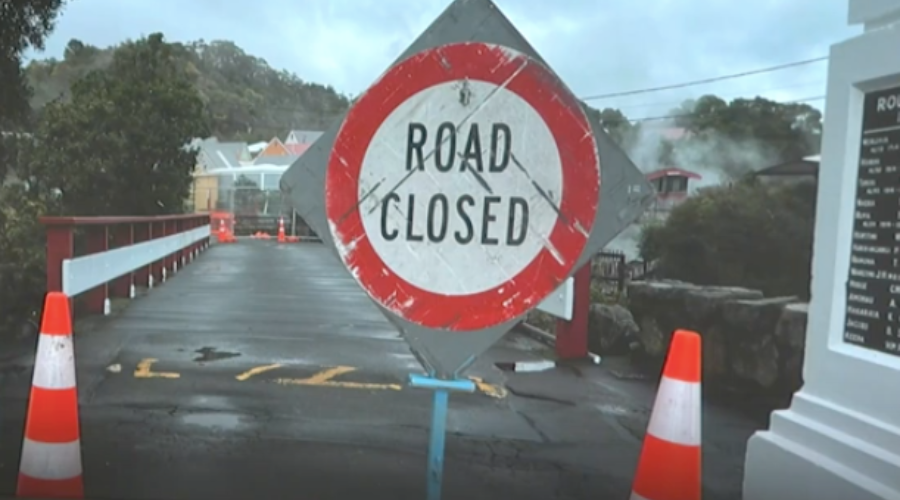 An elderly holidaymaker suffered severe burns after falling into a sinkhole that opened under her feet at a popular New Zealand tourist attraction.

The woman fell into the hold on a road close to the entrance of the Whakarewarewa Village in Rotorua.

She was taken to hospital, where her condition is described as ‘serious but stable’.

The area around the hole has since been cordoned off and the village has been temporarily closed to visitors.

Whakarewarewa Village general manager Mike Gibbons told local media that the woman, from Perth in Australia slipped into a geothermal hole near the entrance to the tourist attraction and suffered serious burn injuries.

Her husband received moderate injuries trying to pull his wife from the hole, Mr Gibbons said.

A video taken at the village showed a hole of about 2m by 1m wide and 1.5m deep on a pathway into the village. Steam could be seen coming out of the hole.

Aukaha News said locals first saw steam coming out of the road about a week ago and a cone was put in place then.