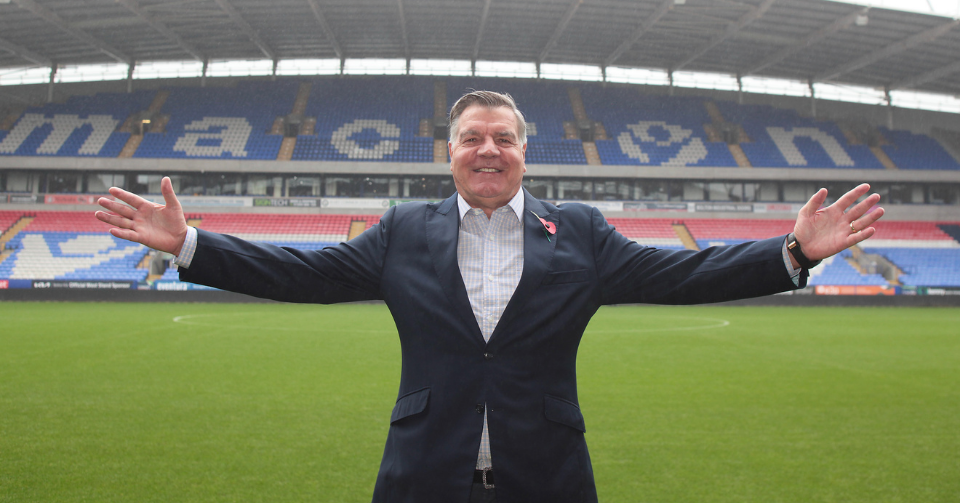 Former Bolton Wanderers manager Sam Allardyce has revealed the role Travel Counsellors founder David Speakman played in helping him use technology to get the best out of the team.

In 1999, Mr Speakman, who was a Bolton Wanderers director at the time, gave Mr Allardyce – the club’s then-manager – 20 laptops so he could use sports data in recruitment and performance analysis.

The contribution the Travel Counsellors founder had made was revealed at the weekend when Mr Allardyce returned to the club to manage a team of Wanderers legends in a charity match.

Speaking ahead of the game, Mr Allardyce recalled how the donation of laptops and hours inputting numbers allowed him to start picking up bargains in the transfer market.

“I had a staff that provided this huge service, and all that manpower had to be put on to computers,” he said.

“Thank God for David Speakman. He donated about 20 laptops from his travel business and we started setting up the technology to start monitoring all the players who came in and those who were here, detailing performances in training and on matchday.

“Directors here gave me the licence to push forward with that and it can be difficult as a manager to quantify spending on that sort of thing. People sit behind the scenes but rarely get any credit. But I have to say, it wasn’t just me, it was that whole team. We called them the family.”

Big Sam spent 11 years as a player with Bolton Wanderers, and eight years as manager.

David Speakman told Travel Gossip: “As a lifelong Bolton fan, from eight years old, I became a director of the club in October 1999. Sam joined the same day, but I was in hospital having a heart by-pass.

“Sam had previously been playing for Tampa Bay Rowdies and had seen and digested much of the technology, conditioning, nutrition and positive attitude from the sister club in the NFL, Tampa Bay Buccaneers.

“When he moved to Bolton, he wanted to be the pioneer of the latest sports technology and implement it at the club.

“I had started Travel Counsellors in 1994 and by 1999 we had a successful business that had already implemented psychometric testing to help us with recruitment of staff and to understand better how our Travel Counsellors ticked.”

Travel Counsellors homeworkers were loaned a laptop or PC, which was handed back when they left and the company had a ‘stack of redundant laptops’, Mr Speakman explained.

He added: “Sam had expanded his back room staff to measure every medical, emotional and behavioural nuance, not to forget football strategy.”

Mr Speakman said he and Mr Allardyce had ‘common ground’ as both Travel Counsellors and the club used behavioural science and other methods to improve performance.

“We got to talking about sports science and he needed laptops and I had many I didn’t use.

“We were common spirits in using technology in helping us but more than that we also both recognised we had to build relationships with staff/players. It was about belonging, caring, self-belief and a winning spirit.”

He added: “I gave a lecture to his staff on the culture of relationships and later Sam appeared on our Travel Counsellors TV show.”

Asked to comment for Travel Gossip, Mr Allardyce said: “Business/football is about how you make staff/players feel important in the job they do, no matter how big or small their job is.”

Bolton Wanderers beat the Bolton All Stars 7-4 in the game at the weekend, which was a fundraiser to pay for treatment for Wanderers defender Gethin Jones’ mother, who has motor neurone disease.

Find out more about the fundraiser here.