Tales from the Secret (Travel) Agent: the one about the flight cancellations 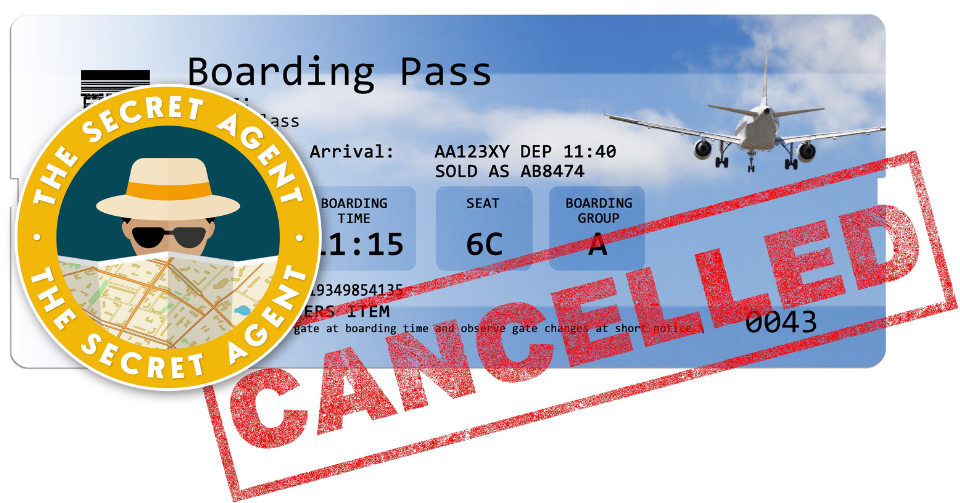 By Lisa James
20/06/2022
Home » Tales from the Secret (Travel) Agent: the one about the flight cancellations

As a true professional with many years in the biz, Travel Gossip’s Secret Agent isn’t fazed by travel disruption.

But there’s no telling how a customer will take the news that their flight’s been cancelled, as the latest instalment of tales from behind the counter reveals…

Just the other day I was telling anyone who would listen how we ‘haven’t lost anyone yet’ when asked about delays and cancellations at the airports.

I shouldn’t have spoken so fast. Next thing we know, we have two cancellations leaving from Bristol.

Cancellation 1: A couple going to Paris for three days who take the news in their stride and are quickly rebooked on the afternoon flight to Orly.

Cancellation 2: You’d think I’d told them their house had burned down, not that they were on a later flight the same day.

Demands of explanations and what compensation they would be offered start coming thick and fast.

When I explain there’ll be no compensation offered, except maybe a voucher for food and drink at the airport, you can hear a pin drop and the cogs whirring in her head.

I think she was expecting to get a five-course tasting menu with wine pairings.

“The kids are in tears here,” she informs me.

What has happened to kids? In my day any disaster of any scale was quickly remedied by being given a bag of salted crisps, a bottle of pop and a clip around the ear with an instruction to sit quietly while my mother sorted whatever needed to be sorted.

Off the phone and back to regular clients who have called in.

They’ve found a Cunard cruise for July and want to book it.

They’ve done all the work for me, so within 10 minutes a £7,000 cruise is booked and paid, faith in the travel world is renewed and I decide on a cup of coffee to celebrate.

But before the kettle’s boiled, in walks something looking like an extra from the Thriller video.

“Is my flight alright?” I’m asked.

“I don’t know,” I tell him, thinking that, surely, I should recognise him if he was ‘one of mine’, due to the distinctive look (and smell).

He shows me a scrunched-up confirmation and I’m relieved to see he’s not with me, so I quickly dispatch him to the correct booking agent.

Back to the kettle and again the phone rings.

Sensing an impending nightmare, you can imagine my relief when they announce they’ve booked late dining but feel early dining would be more suitable….

Travel Gossip’s Secret Agent stories appear every other Saturday. If you enjoyed reading this episode, there are more here.