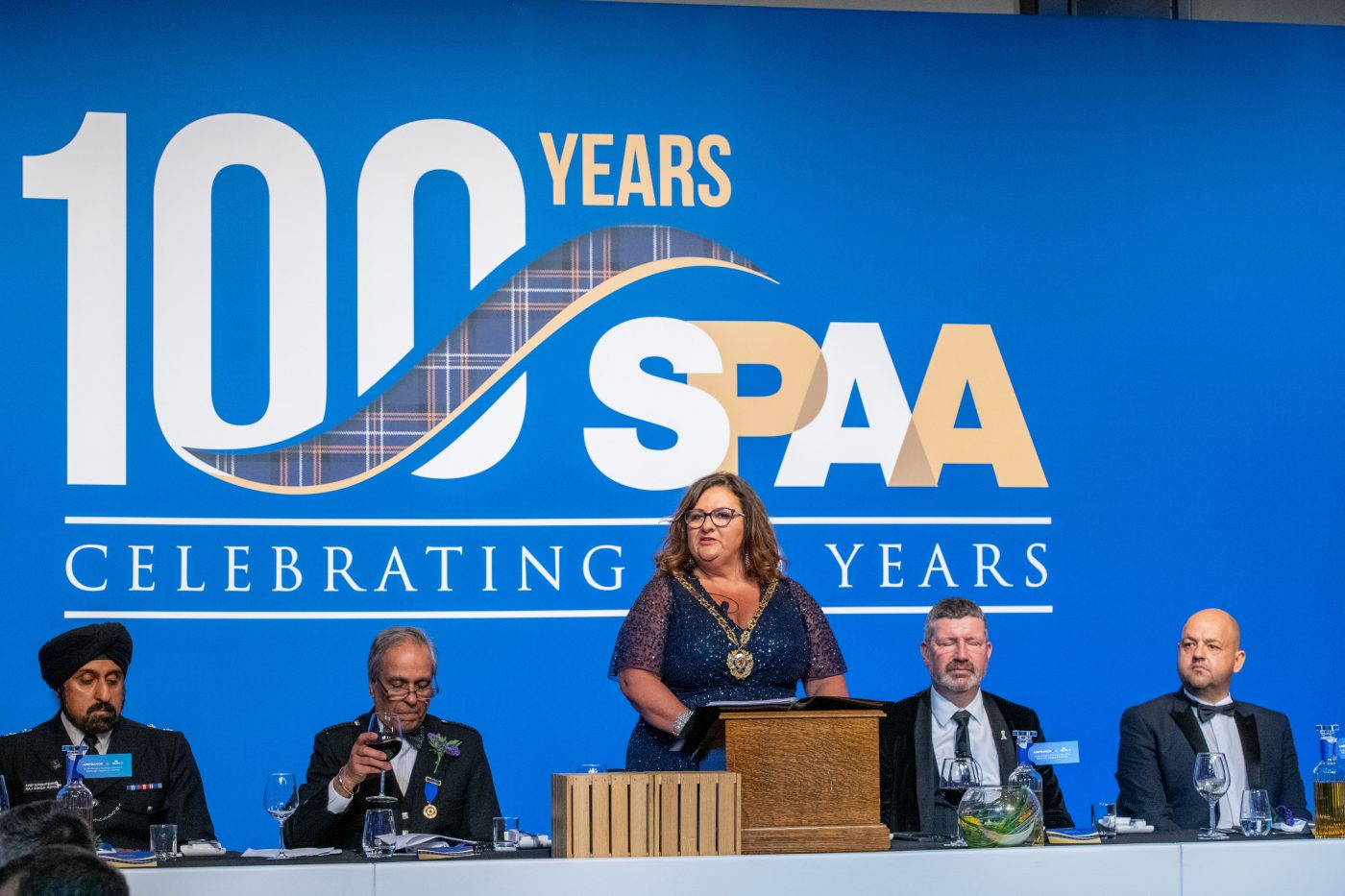 The head of the Scottish Passenger Agents’ Association (SPAA) has called on the ‘fear factor’ around international travel to stop.

Speaking to an audience of 200 travel professionals at the Crowne Plaza in Glasgow last night to celebrate its centenary – after being cancelled in February – SPAA President Joanne Dooey appealed to the Scottish and UK governments to support a return to international travel.

“We need to see a return to international flying. The fear factor driven by people in power now needs to stop,” she said.

“We need to get Scotland back to business with safety protocols in place which are simple, and more importantly do not cost a fortune, to allow our industry to get back to some normality.

“We need to remove complexity and bring in simplicity with clear consistent communication and processes to support travel and not to hinder it or prevent it.”

Dooey said it is widely accepted that the travel sector has been the worst hit industry by the pandemic, with passenger numbers falling to below 10% of previous years.

However, she said this statistic hides the true financial picture for the outbound travel sector.

With travel agents not receiving any income until the customer actually travels, Dooey said agents were faced with refunding bookings made pre-pandemic meaning that, once credit card refund charges are taken into account, agents have had negative income – and little tailored support – since autumn 2019.

The SPAA has been lobbying for Scots being demonised for going on holiday to cease, and for the Scottish government to get behind an industry which supports 26,000 jobs in Scotland and brings £1.466 billion to the economy annually.

“We need to trust in the vaccine and allow freedom of movement,” Ms Dooey added.

The SPAA has continued, throughout the pandemic, to lobby for sector support for travel agents who have worked to keep their customers travelling and their businesses afloat.

A recent SPAA survey revealed that a third of members has taken a second job since March 2020 to help their businesses survive and 7% of these members had taken more than three jobs.

Almost 70% of travel agency owners surveyed have personally had virtually no income since the pandemic start.

“We at the SPAA have lived up to our mission to be the Voice of Travel in Scotland in our centenary year – and we will continue to do so. Loudly. We will keep up the fight for sector specific support for the travel sector.”

Ms Dooey also outlined the SPAA’s forthcoming focus and how the organisation will continue to abide by its founding principles of safeguarding and influencing the interests of agents.

The topics of APD, ATOL review and airline insolvency will remain high on the SPAA agenda, she said.