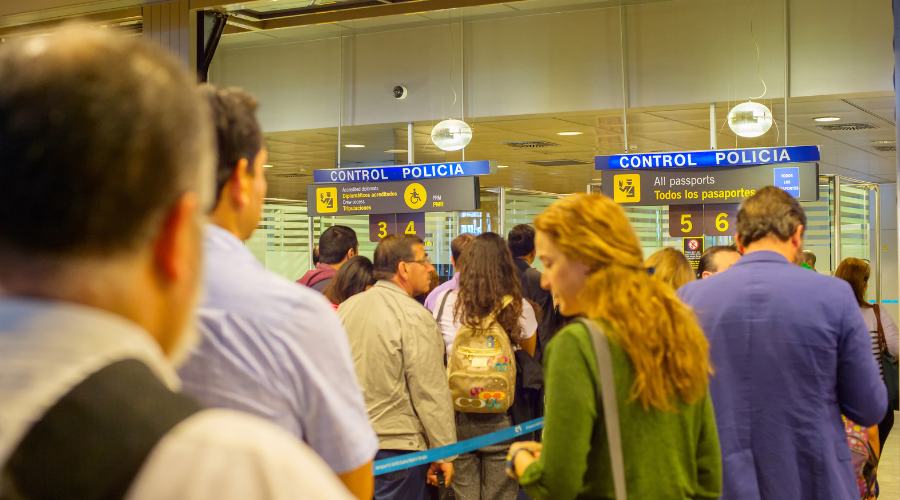 Spain has announced plans to ease passport queues ahead of the summer season.

The move follows claims by Spanish airline Iberia that 15,000 passengers have missed connecting flights since 1 March.

Many of these would have been British travellers held in long queues at passport control, where they are no longer allowed to use fast-track lanes designated for EU citizens.

Over Easter, 3,000 passengers missed flights from Madrid, where 25% of passport officer positions were vacant.

Spanish News Today reports that the country’s Ministry of the Interior says it will draft in an extra 500 police officers at passport control from 20 June.

An extra 189 will be deployed at Madrid airport, while there will be an extra 89 at Barcelona El Prat and 50 at Palma airport.