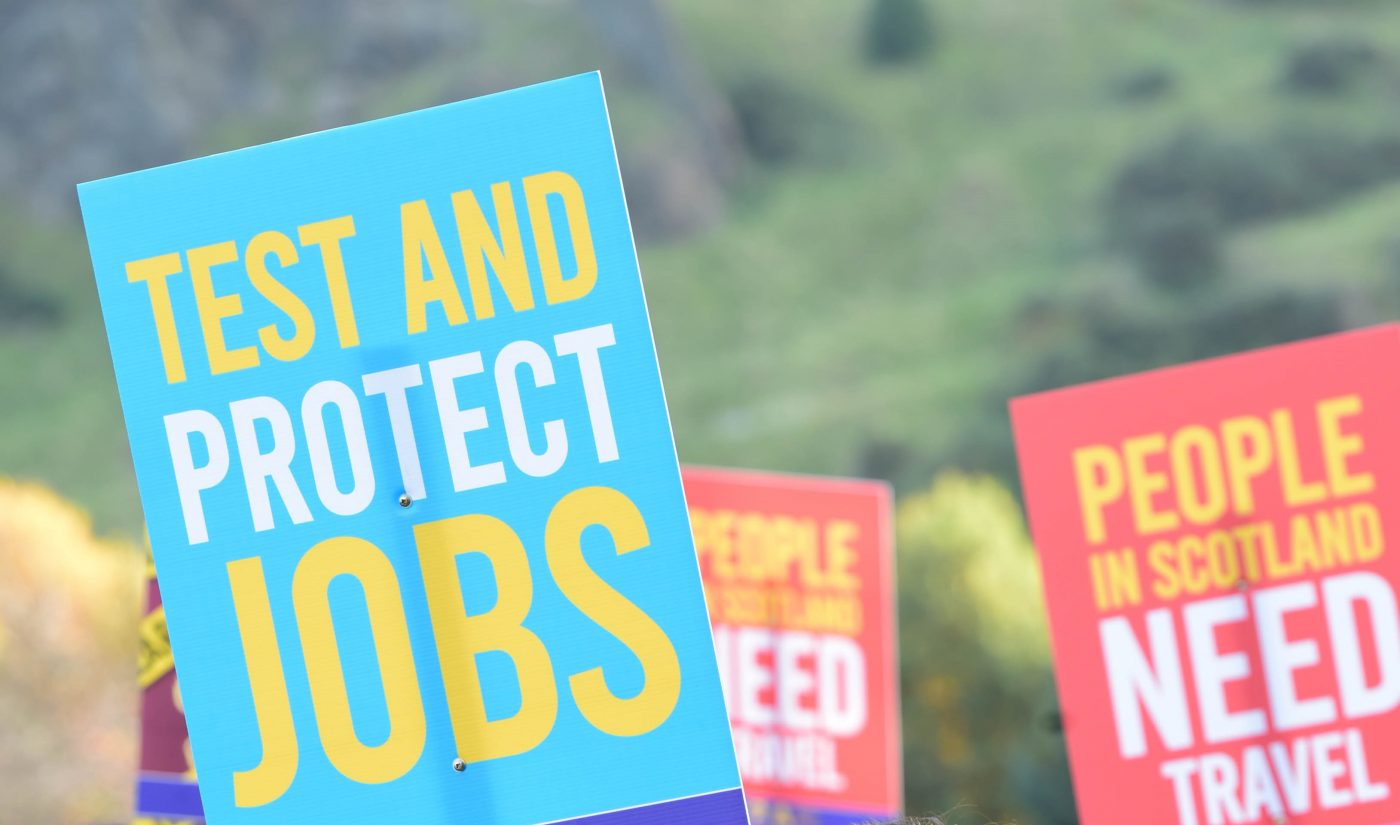 The Scottish Passenger Agents’ Association is leading the Travel Day of Action protest north of the border, with its President Joanne Dooey urging the First Minister to come and speak to the industry.

The protest comes a day after Nicola Sturgeon warned Scots that restrictions on overseas travel are likely to remain in place beyond the country’s transition to ‘level zero’ COVID restrictions.

No mainland areas of Scotland will go to level zero next week as had been planned, Ms Sturgeon said.

The SPAA has used today’s Travel Day of Action to release findings of a survey that show 96% of Scots who travelled overseas since March 2020 felt safe.

More than 250 members of the SPAA and associates will protest outside the Scottish Parliament.

“We’re hoping the First Minister comes to meet us to explain why, despite a world-beating vaccination programme and easily accessible, albeit expensive, testing, we’re further behind at opening up travel than we were 12 months ago when we had no rapid testing and no vaccination,”. Ms Dooey said.

“Our survey shows that almost two-thirds of Scots feel devastated, disappointed, confused or upset at current travel restrictions and 57% would travel overseas within the next 12 months if they were able, with 17% of all surveyed saying they would be willing to travel in the next three months or sooner.

“We want the Scottish Government to show us their data, to trust the vaccine and to make testing more affordable.”