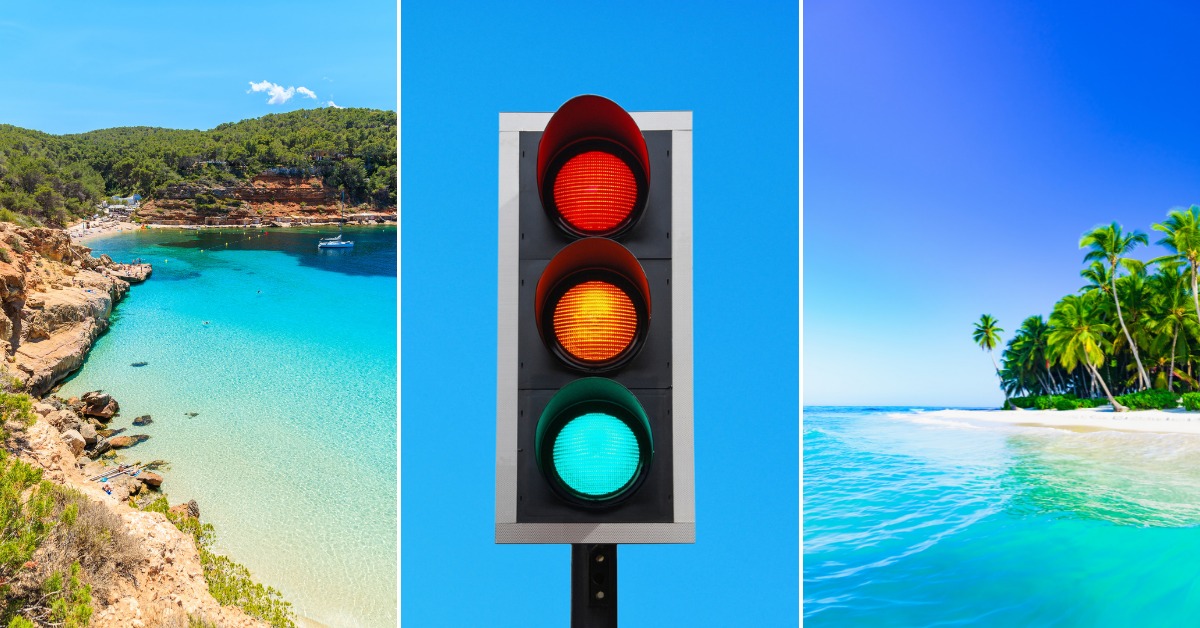 Transport Secretary Grant Shapps is claiming ‘today is good news’ after traffic light restrictions were eased to several countries last night, but the trade says the changes have come too late to save summer and protect jobs.

The latest traffic light review means that fully vaccinated travellers and under 18s returning from France will no longer need to isolate. The news was welcomed by the trade, but many questioned why the ‘amber plus’ rule for France had been there in the first place.

The UAE, India, Qatar and Bahrain will move from red to amber, while Mexico, Georgia and the French overseas territories of La Reunion and Mayotte will move to red.

Turkey remains in the red category, meaning there will be no peak summer season for the country, which is a popular holiday destination among Brits.

All changes come into effect at 4am on Sunday 8 August.

Brits returning from red countries will see prices rise for the mandatory 10-day stay in a Government-approved quarantine hotel by £500 from 12 August.

Mr Shapps told Sky News: “Today is good news. It means more travel during the summer. These are the changes that we think will exist throughout August.

“People should be able to go away and enjoy their holidays without looking over their shoulders the whole time. I understand the impact this has on people.

“We want to try to make it as straightforward as possible as we move from our domestic unlocking to unlocking overseas travel.

“The gamechanger is vaccines.”

Advantage CEO Julia Lo Bue-Said warned: “The summer has already been lost and any attempt to save summer is over.” Read her full statement here.

Scotland will follow the same traffic light rules, although, with the Scottish summer holiday starting and finishing earlier than the rest of the UK, the family holiday period is almost over, with children going back to school just days after the 8 August changes come into effect.

Scottish Passenger Agents’ Association (SPAA) President Joanne Dooey said: “These changes may prove to be too little too late for the Scottish market in particular due to the timing of the Scottish school summer holidays.

“As these changes come into force on Sunday 8 August, many families will be preparing for the return to school of some pupils on in the coming week.”

She acknowledged that the changes could ‘restore some public confidence’ but warned: “The next time travel agents will have any realistic revenue will be early summer 2022.

“We reiterate our call for Scottish agents to be given business disruption support similar to those being given to our colleagues in Wales by the Welsh Government.”

Business consultancy RSM warned the changes were ‘too little too late’ for travel companies to regain lost trade.

RSM Restructuring Partner Damian Webb said: “The demand is there, but the uncertainty associated with the Government’s traffic light system has undermined trading for a second successive summer.

“With most Government support measures ending; some seasonal and specialist operators may find they have nothing left in the tank.

“The Government needs to be accountable for the issues it has presented to the travel sector and should look to provide additional support.

“In the absence of additional Government support, it is probable we will see job losses and a range of restructurings across the sector.”

ABTA Chief Executive Mark Tanzer said the Government ‘is still failing to capitalise fully on the success of the vaccine rollout with a very cautious approach to the green list and failure to relax restrictions on travel, including requirements for multiple tests even when visiting low risk destinations’.

“As a result, the UK is falling behind our European competitors and the opening up of international travel from the UK is progressing at a snail’s pace – making it extremely difficult for travel agents and tour operators to generate enough income to kickstart a recovery, which is desperately needed to protect jobs, businesses and livelihoods,” Mr Tanzer said.