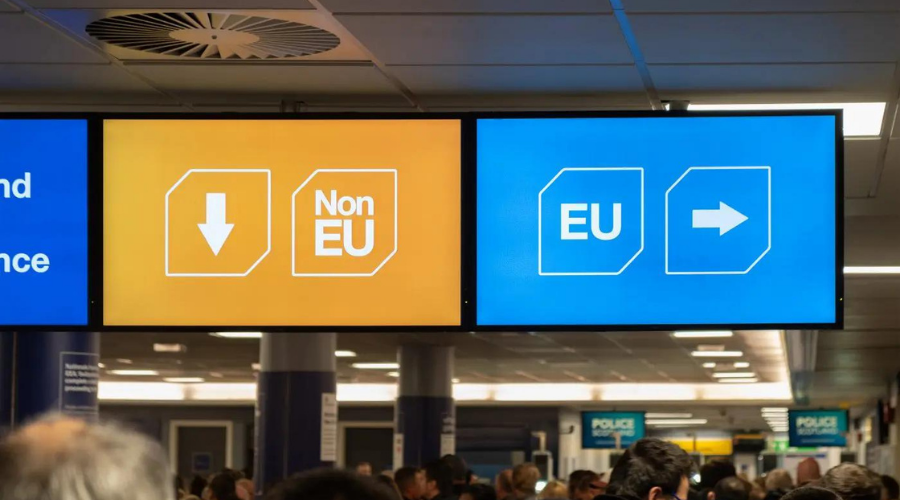 UK travellers have been forced to queue for up to an hour at Lisbon airport passport check points because new e-gates installed to speed up the process for British arrivals appear to be suffering from teething problems.

The new e-gates have also been installed at airports in Faro and Porto, and in Funchal in Madeira where hundreds of travel industry professionals are heading this week for the Advantage Conference.

A business traveller who arrived in Lisbon last week told Travel Gossip that not all the gates worked smoothly with both the maroon EU passports and the new blue post-Brexit passports.

He said passengers arriving on an easyJet flight were held in a long queue because one of the four e-gates wasn’t working and one only worked intermittently.

“There must have been about a thousand people in that queue and it took an hour for my colleague to get through the e-gate,” the traveller told Travel Gossip. “There was just one flight from the UK at the time, but people had to queue up with arrivals on flights from all over the world.

“I have one of the maroon passports, which didn’t work with one of the four gates. No-one really knew what was going on though.”

Portugal announced earlier this month that it had installed four new generation e-gates at Lisbon Airport to be used by nationals from the UK, Australia, Japan, New Zealand and Singapore.

It said the e-gates have a ‘faster and more functional operating system’ to read passports with biometric data faster.

They are part of a set of 50 that are in operation at all national airports, it said.

The e-gates are supposed to read passports in less than 20 seconds and Portugal’s Foreigners and Borders Service said the automated process checks a passport ‘in just one step’. They said they had not had reports of any problems.

A spokesperson for the Portuguese Immigration and Border Service told Travel Gossip: “To use the new exclusive e-gates for UK citizens, the passenger must be in possession of an electronic passport.

“The new e-gates have an operating system that allows you to quickly and safely process the reading of electronic passports (with biometric data), exclusively for citizens over 18 years.”

They said they work with both the old and new British passports, but the gates appear to have been hit by teething problems.

Also, even British passport holders who are successfully able to use the e-gates still need to have their passports stamped afterwards by an official as post-Brexit rules mean that Brits now need to be stamped in and stamped out of the EU.

“To be fair, there was no queue to get your passport stamped after you got through the gates at Lisbon airport, but that’s probably because most people were held up behind those trying to use the e-gates!” the business traveller added.