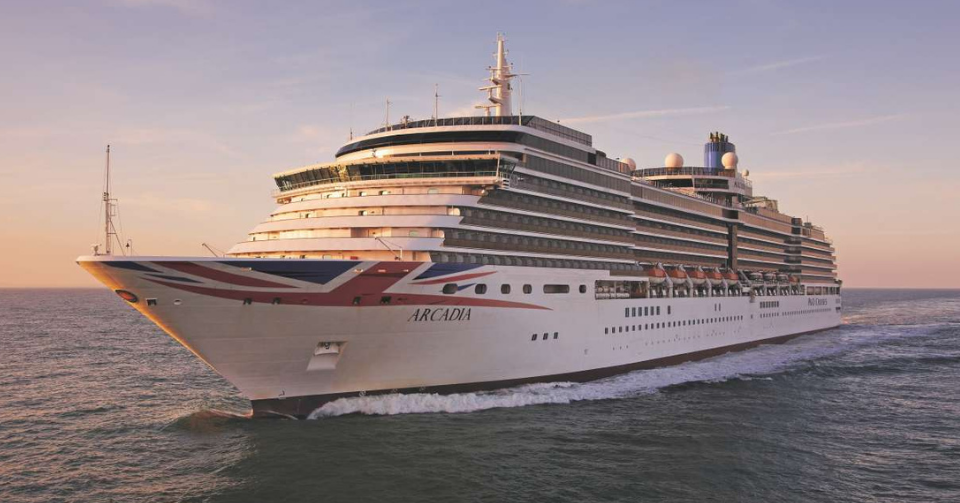 Cruise line P&O has confirmed that an individual who travelled on its cruise ship Arcadia had later been diagnosed with Legionnaires’ disease.

But it denied speculation in online cruise passenger chat rooms that this was the reason for its summer of cancelled cruises.

In a statement, the cruise line repeated its earlier explanation that Arcadia had been taken out of service due to staff shortages caused by the COVID pandemic.

Arcadia has operated only one cruise this year, a 16-night round-trip to the Canaries, which left Southampton on 27 March, during which P&O announced the following seven cruises were cancelled.

In a cruise.co.uk chatroom, a user claimed that passengers on the cruise were told by the captain over the loudspeaker system that a worker on a pre-cruise had been diagnosed with Legionnaire’s Disease.

They were allegedly told ‘extensive testing’ of the water systems was taking place and that they would be given letters to take to their GPs if they developed symptoms.

P&O Cruises confirmed to Travel Gossip that it had tested its water across all areas of Arcadia ‘out of an abundance of caution’ after being informed that an individual who had travelled on the ship before its return to service was suffering from Legionnaires’ disease, which causes lung inflammation.

It is caused by the legionella bacteria, which breeds in water systems and can be caught when an individual inhales infected water particles.

P&O Cruises did not say if it had identified any legionella onboard Arcadia during its tests.

A spokesperson said: “In an abundance of caution, we undertook testing of the water on board Arcadia across all areas of the ship. This was due to an isolated case of Legionnaire’s disease having been identified in Southampton and the individual travelled on Arcadia for a few days prior to the ship’s return to service. No other guests or crew were affected.

“The cancellation of seven cruises on Arcadia was entirely unrelated.

“The cancellations were a result of the extraordinary impact of COVID-19 in the UK, in the wider hospitality, service and airline industry as a whole which resulted in a temporary disruption to crewmembers available to join our ships. As a result, P&O Cruises re-deployed crew from Arcadia to other ships in the fleet. This was done in order to maintain the company’s high standards of service of which we are very proud, across the other five ships in the fleet.

“We believe this disruption with the hospitality and airline industry will abate by the end of June.”