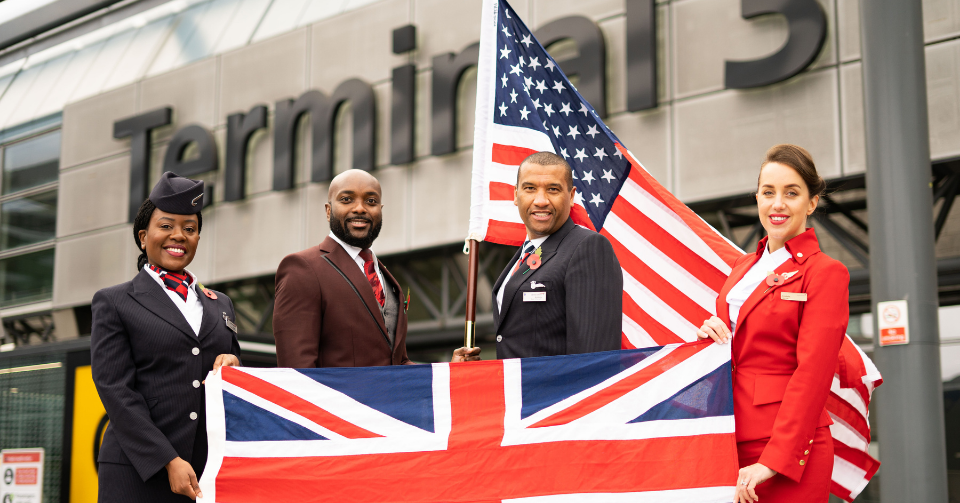 The idea for Monday morning’s synchronised take-off of British Airways and Virgin Atlantic flights from Heathrow to JKF was first discussed back in May, it has been revealed.

He said Heathrow’s runways ‘are only 1,414 metres apart, which is too close to be able to do parallel departures outside of very specific weather and visual conditions’.

“The controllers must rely on what’s called ‘Reduced Separation in the Vicinity of an Aerodrome’ to ensure the aircraft remain safely apart as they climb out of the airport, and thankfully today the Great British weather was playing ball,” Mr Dolan explained on the NATS blog.

He said: “Discussions between NATS, Heathrow, British Airways and Virgin started way back in May of this year in the hope of a US reopening sometime over the summer.

“While that didn’t happen, we kept the plans on ice until last month once it became clear things were moving in a positive direction.

“For us there were two priorities – making sure it could be done safety (which is always paramount) and working out how to do it in perfect sync, with both aircraft starting their roll down the runway and ‘rotating’ – ie lifting off – at the same time.”

He said flight planning teams had to take into account how long passengers needed to get through security, when baggage and catering would be loaded, which gates were being used, likely taxi time, weight of each aircraft and runway entry point.

“With the plan calling for a 08.50 departure, we agreed that push back needed to take place no later than 08.20 to allow time for both aircraft to be lined up and ready to go,” he added.

“Once both aircraft were lined up, the pilots were given the standard take off clearance but with one very unusual addition. Both were told to ‘standby for roll command’… before the final instruction of ‘3, 2, 1, Now’ was given simultaneously.

“Once both flights were climbing, at least 3 nautical miles apart and on clearly diverging routes, the pilots were handed over to the team at Swanwick to continue their journey off to the Atlantic and ultimately, New York JFK airport.”

He added: “In the end it all went entirely to plan – testament to the amazing teamwork of everyone involved – and that’s without even mentioning that the tower was also working with a media helicopter flying around the airfield at the same time.

“Today felt like a real milestone in the industry’s recovery from the COVID crisis.”