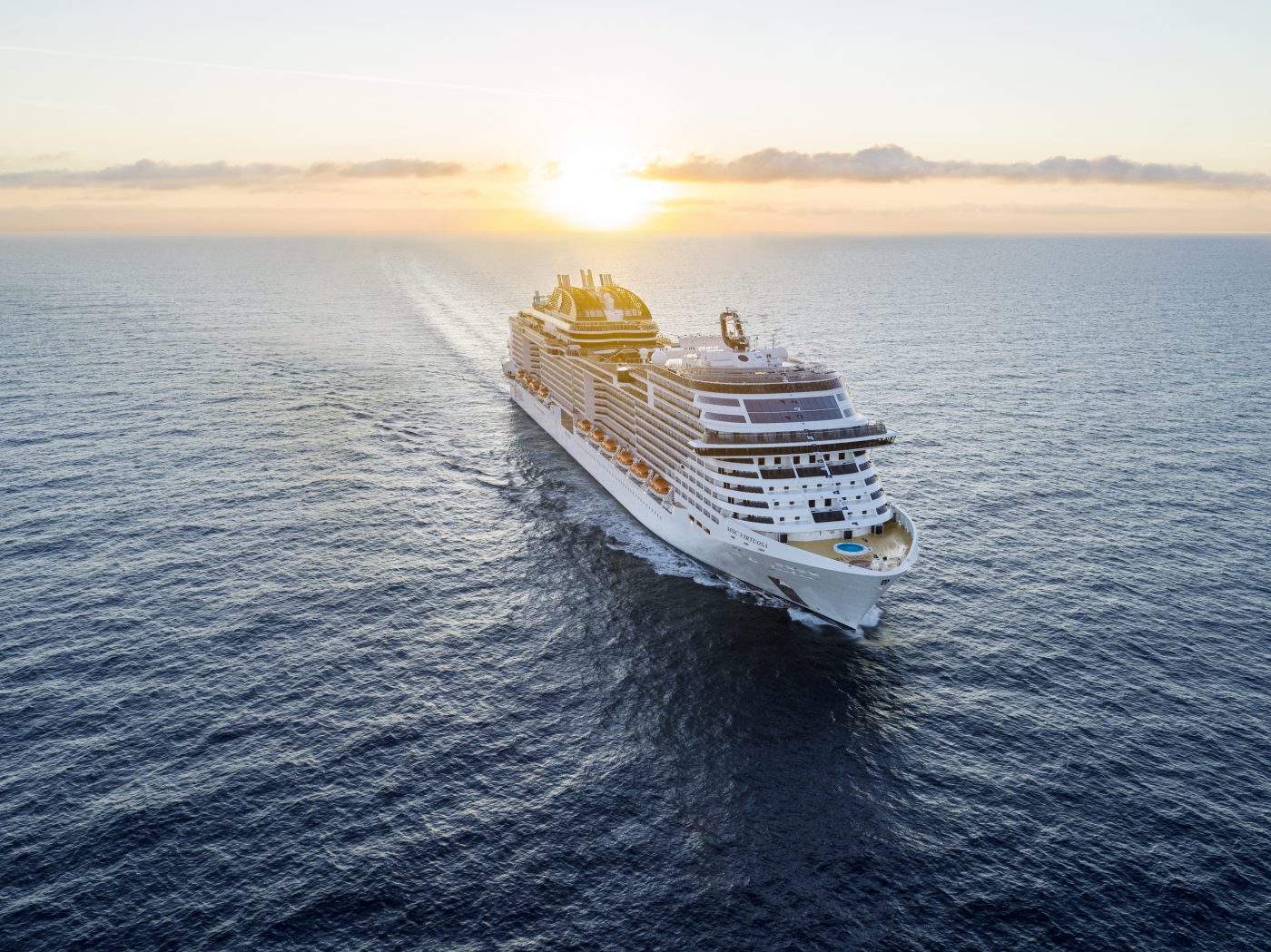 Cruise passengers booked to join MSC Virtuosa tomorrow morning are unable to board after the ship was denied the right to dock in Greenock.

The seven-night cruise onboard Virtuosa, which was due to depart from Liverpool today (Tuesday 8 June), had been due to dock at Greenock on Wednesday 9 June at 09:30, departing at 20:00 for Belfast.

The ship is then due to sail to Southampton, on to the Isle of Portland, before returning to Greenock, then Liverpool the following day.

It was the first planned embarkation in Scotland since cruises were allowed to restart around the UK last month.

The Scottish Passenger Agents’ Association (SPAA) has asked the Scottish Government to clarify the position, but has yet to hear.

The email, which has been seen by the SPAA, says: “Due to the latest Scottish Government COVID 19 restrictions and regulations … we are sorry to inform you that the port call of Greenock has been cancelled. No guests are allowed to embark or disembark… This decision has been made by the Scottish Government and is out of our control.”

Agents have also been informed that as well as cancelling tomorrow’s embarkation, dockings at the Scottish port have also been cancelled for 16 and 23 June.

Passengers booked to embark on future MSC Cruises at Greenock face being transported by road to Liverpool to join the cruise.

In addition to Scottish passengers joining in Greenock, an anticipated third of the current passengers were expected to go ashore for excursions. Some of them are Scots, who the SPAA says have been ‘barred from setting foot in their own country’.

The SPAA understands 75% of those on board or due to board have been double vaccinated and have been triple tested.

The whole crew has been vaccinated and tested and MSC Cruises has robust protocols in place which include only accepting UK residents who must follow their stringent COVID-19 screenings, tests and temperature checks.

SPAA President Joanne Dooey said: “We’re now facing the situation where Scottish passengers who joined the cruise in Liverpool are barred from setting foot in their own country.

“The SPAA has been asking for clarity on the situation for this particular cruise ship since last week, and all we have received so far is an indicated that cruises may only restart when all of Scotland is in Level one. Inverclyde itself is currently in Level one.

“The Scottish Government has effectively closed the country’s borders to anything other than road travel. The irony is that any of these passengers can get in a car and drive from Southampton to Inverclyde with no testing, border control or vaccinations.

“We’ve been advised that the Scottish Government recognises that this ‘will be somewhat disheartening to the industry’ but this cruise route was a lifeline for Scottish travel agents and their passengers who want a holiday. We, as travel agents,  are utterly devastated. As the door to the only international flight closed this week with Portugal being placed on the amber list – with no ‘watch list’ warning as promised by the Government – this cruise series of domestic cruising was one of the only products left for travel agents to sell.

“The Scottish Government is not even paying lip service now to working with the travel sector to save Scottish travel.”

Jacqueline Dobson, President of Barrhead Travel, said the Scottish Government had provided little notice, despite the fact cruises from Greenock have been on sale for months

“The news today is yet another hammer-blow for the Scottish travel industry, Scottish holidaymakers and for regional tourism partners who were looking forward to welcoming UK guests ashore for excursions,” she said.

“Meaningful engagement with the Scottish travel industry is of paramount importance and we must see this take place over the coming weeks. It is unsustainable for the Scottish Government to continue to make announcements without constructive consultation with key industry partners when these decisions have such a profound impact on business.”

An MSC spokesperson said: “In light of recent information received, we are now awaiting further clarification from the relevant authorities in Scotland about the situation for cruising which regrettably means that we have had to cancel our proposed visit to Greenock tomorrow.

“We hope that our calls to Scotland with our special cruises can commence soon considering how much we were looking forward to welcoming our Scottish guests onboard MSC Virtuosa and how we are aware of the important and widespread contribution that the cruise industry makes to Scotland.”