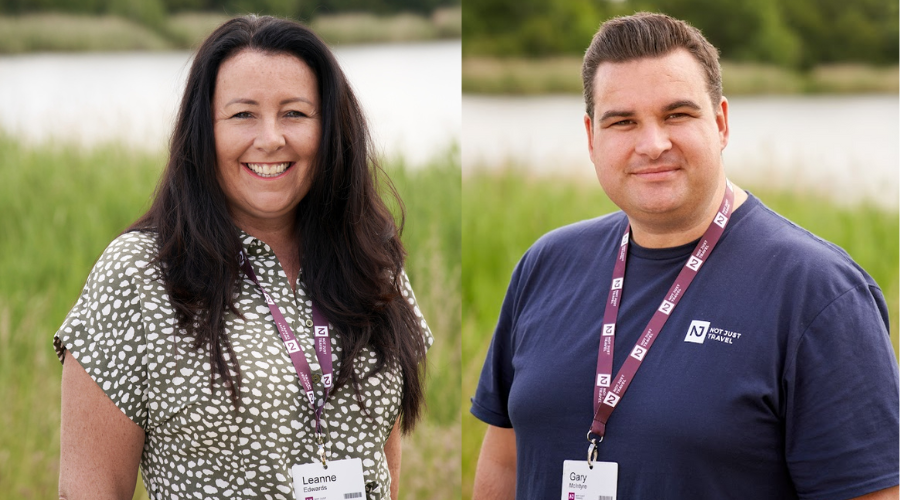 The company said it has more than doubled its staff in the last six months and more people are yet to be recruited as part of a £1milllion investment in recruitment.

Co-founder Paul Harrison said: “We now have 23 support team members plus eight BDMs, and more roles to be announced shortly.

“An entire new training team will soon be unveiled. Already, Leanne and Gary are having a great impact and impressing our consultants. We are attracting the best talent in the business and it shows.”

Gary McIntyre has 20 years experience, having previously been Expedia Account Manager, a BDM at Club Med, Wendy Wu and Funway and a Kuoni store manager.

She has also worked as a Regional Sales Manager for the Birmingham region of Hays Travel after the company acquired the Thomas Cook estate.

Prior to that, Leanne was Regional Engagement Manager P&O Cruises, having spent 24 years previously with TUI in various managerial roles.