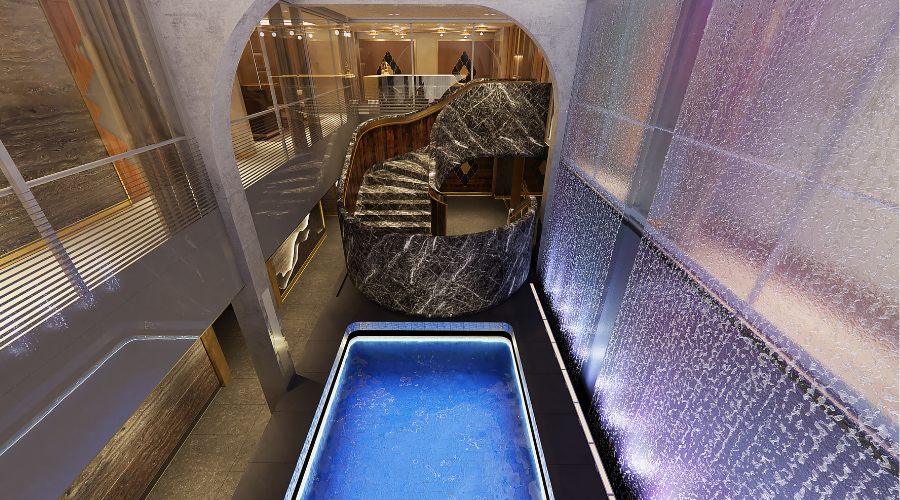 NCL will become the first cruise line to offer a charcoal sauna at sea when it launches its Prima Class ships, Norwegian Prima and Norwegian Viva.

The ships will also feature a two-storey indoor spa waterfall, plus thermal experiences and hot-stone loungers.

“The debut of our Prima Class has been all about elevating guest experiences across all the touch points that make a perfect holiday at sea, from food and beverage, entertainment, recreational activities and now spa and fitness,” said Harry Sommer, NCL President and CEO.

The charcoal sauna will be one of eight thermal spa offerings available at NCL’s Mandara Spa, which will also incorporate a salt and steam room, an ice room, experiential showers (with multiple jets and lighting), a flotation salt pool and infrared sauna.

Norwegian Prima’s postponed inaugural cruise is due to depart from Amsterdam on 3 September, having been postponed due to supply chain issues.