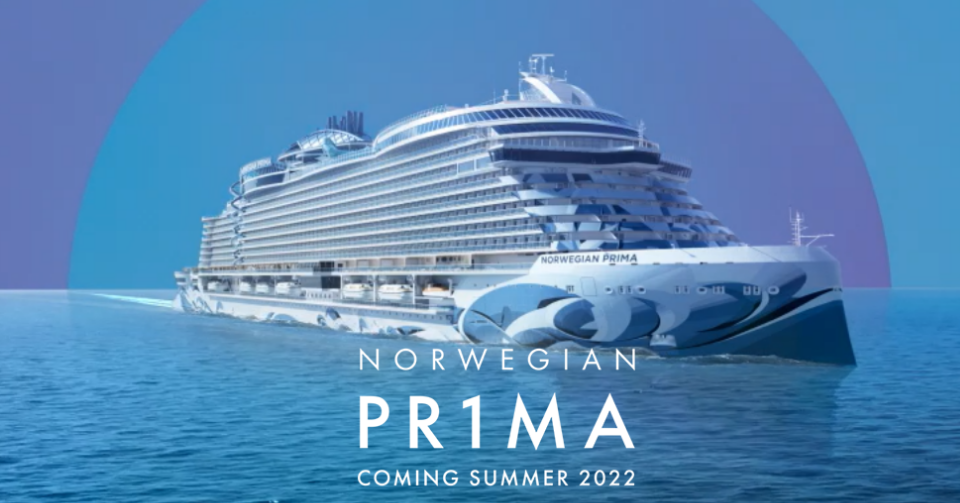 The cruise line had already cancelled a two-night trade preview of the ship, which had been due to take place from 12 to 14 August.

It has now messaged clients booked on the inaugural sailing on 17 August to say the cruise will not now go ahead.

The eight-night Northern Europe cruise included calls at Brussels, Bergen, Geiranger, Akureyri and Isafjordur, before ending in Reykjavik on 25 August.

In a letter sent to guests and published by Cruise Hive, NCL said: “We value your loyalty and always aspire to provide you and your loved ones with the experience of a lifetime. This is why we are so sorry to inform you that as a result of supply chain challenges, we are forced to cancel Norwegian Prima’s 17 August 17 sailing from Amsterdam, Netherlands.”

NCL has not yet announced if a planned sailing from Reykjavik to Amsterdam to showcase the ship to the media is also cancelled.

Norwegian Prima’s first cruise with paying guests is now scheduled to depart from Amsterdam on 3 September.

Guests on the cancelled inaugural sailing have been offered a full refund plus a 25% Future Cruise Credit.