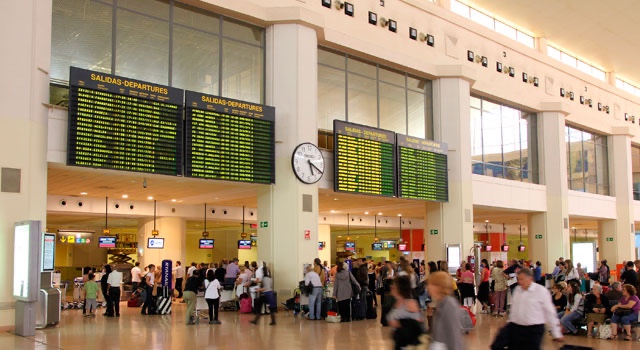 Malaga Airport has blamed shortages of immigration staff for long queues at the departure gates last Saturday, which led to some passengers missing their flights home.

But it has told easyJet that additional resources are being put in place for next weekend to avoid a repeat of last weekend’s delays.

EasyJet said some passengers were waiting 45 minutes just to get through passport control on Saturday.

A spokesperson for the airline said: “This was caused by a shortage of airport passport control staff, however we are not aware of passengers missing flights or any flights that took notable delays.”

He said several flights were delayed by five to 10 minutes.

“Although this is outside of our control, we would like to apologise to any affected passengers for any inconvenience,” he added. “We would like to reassure passengers that we will continue to work side by side with the airport to minimise any disruption during this time and have been advised that additional resource is being put in place for next weekend.”

British Airways said it hadn’t experienced any delays at Malaga last weekend, but there were  reports on social media of other passengers missing flights, while some said their departures were significantly delayed.

One UK travel agent said she didn’t manage to board her flight into 45 minutes after the scheduled take-off time.