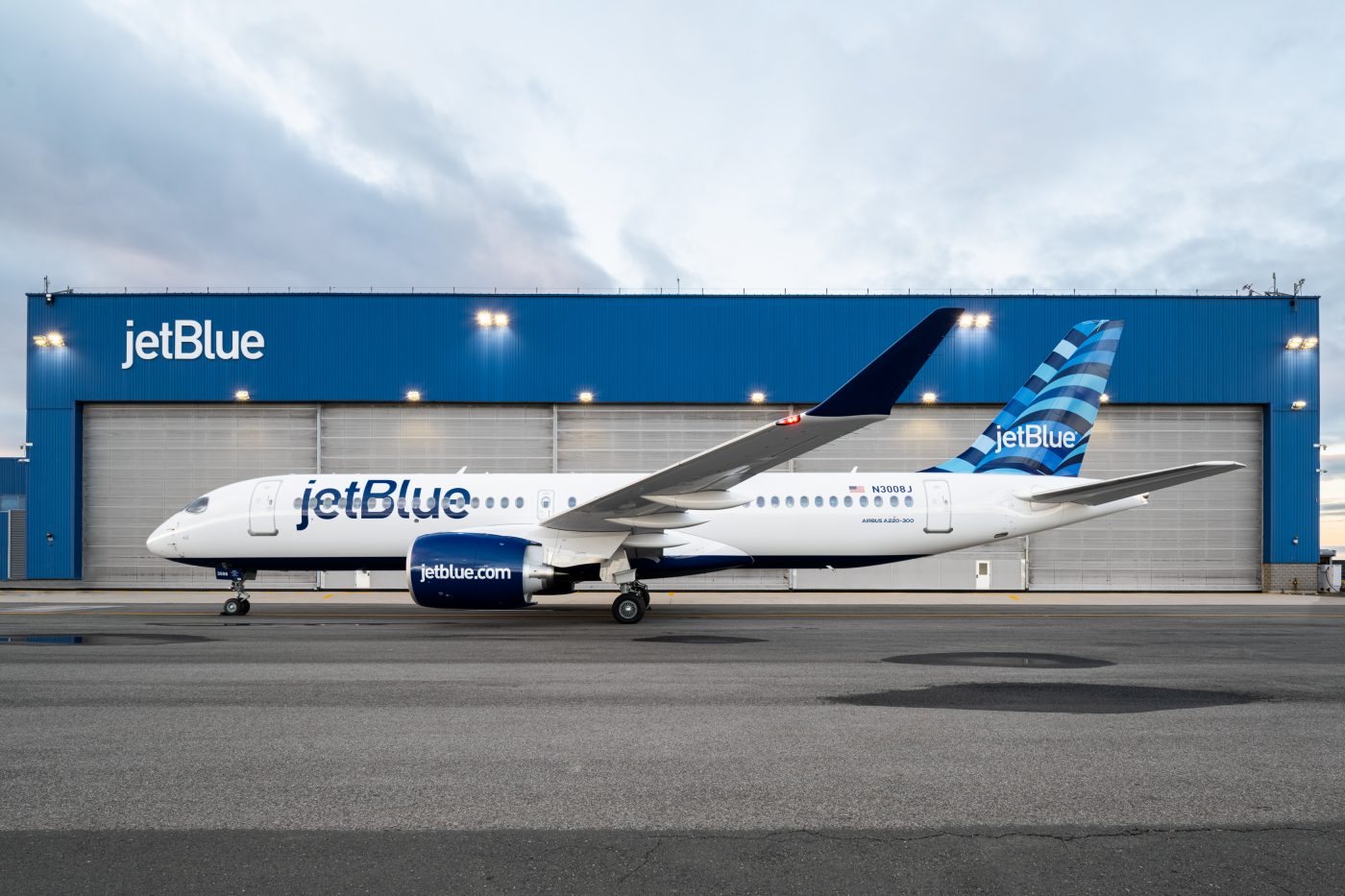 JetBlue has announced its JFK-Heathrow service will launch on 11 August, with tickets on sale now.

Round-trip prices start at £329 in JetBlue’s Core economy and £999 for its Mint business-class option.

The airline will also fly from Gatwick to JFK from 29 September, while, next year, it plans to add a London-Boston service.

CEO Robin Hayes said: “JFK-LHR, the single largest international air travel market from the US, has long suffered from outrageously high fares for far too long, especially in premium cabins.

“We’re ready to change that with a price point and experience that will impress even the most discerning transatlantic flyers.

“We’ve always said that JetBlue would serve multiple London airports, and we’re pleased to have secured a path at Heathrow and for long-term growth at Gatwick, which offers speed, low costs, and convenient accessibility into Central London.

“Our low fares will disrupt the pricing of the major carriers and massive joint ventures; JetBlue’s presence in this market is going to be immediately noticeable to customers.

“When we launched Mint in 2014, we cut in half the cost of premium travel between New York and California, and now we’re ready to shake up the transatlantic market the same way, with Mint fares that will half the cost of a full-fare walkup business class seat on the legacy carriers.”

The Heathrow service is initially on sale until 26 March 2022.

Mr Hayes added: “Heathrow is one of the busiest airports in the world, and our initial schedule is made possible due to temporary slot availability from the past year.

“We continue to work with the slot coordinators and the US and UK governments to identify long-term pathways to continue serving Heathrow, as we believe the public benefit from true competition into this market will be extremely meaningful.

“We have an incredible opportunity to secure long term slots in London’s second-largest airport, and we look forward to building our presence there over the long-term.

“Gatwick will perfectly complete our London service, giving customers options as they plan their travel.”