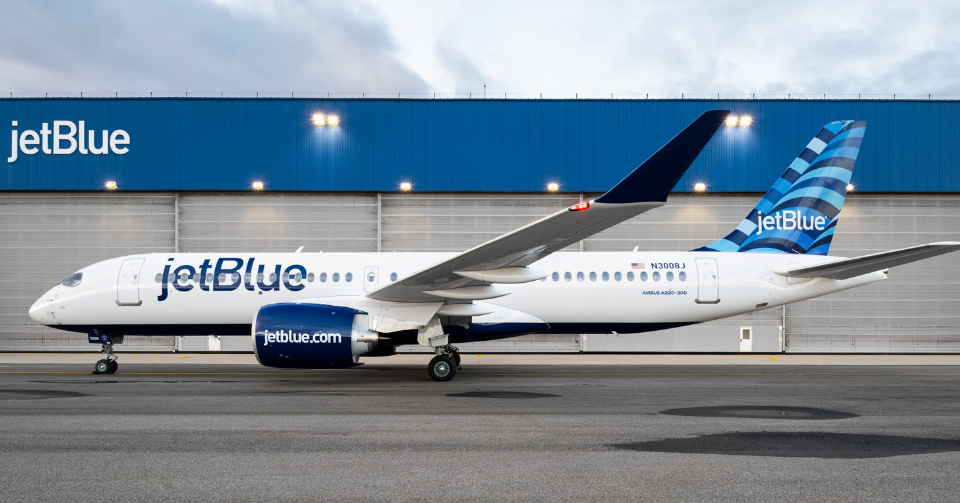 JetBlue has secured permanent slots at Heathrow and is adding a new Gatwick departure from New York.

The carrier has received permanent slots at Heathrow for daily flights to JFK starting on 29 October.

From the same date, JetBlue will operate a second daily flight between JFK and Gatwick. Seats are on sale today.

Chief Executive Robin Hayes said: “The US-UK air corridor is among the busiest in the world and to effectively compete JetBlue is adding more flights across the North Atlantic, growing from just one daily flight last summer to five by this fall.

“And with permanent slots at Heathrow – the highest in-demand slots globally – we’re now positioned to provide long-term service at one of the busiest airports in the world.”

JetBlue’s transatlantic expansion in New York comes as the airline prepares to launch its London-Boston service.

Flights between Boston and Gatwick launch on 4 August, while the Boston-Heathrow service starts on 20 September.