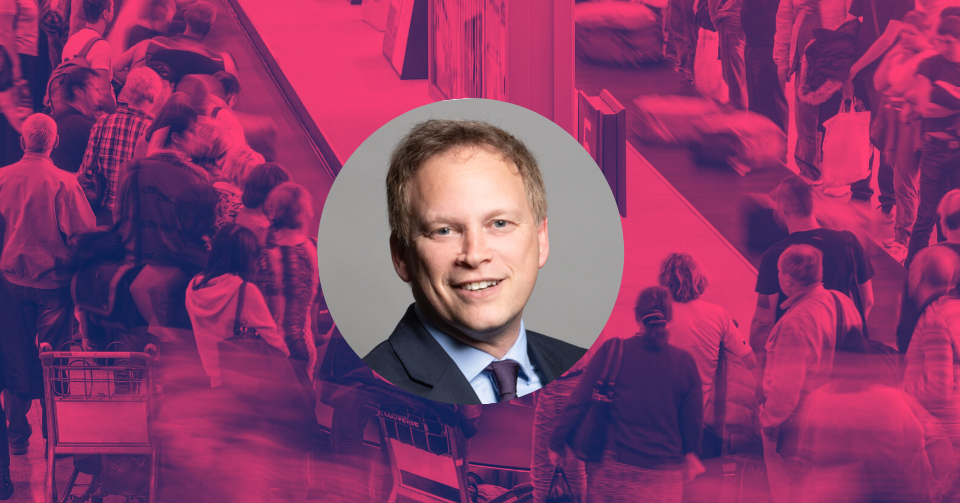 Transport Secretary Grant Shapps has accused airlines and tour operators of selling more flights and holidays than they’re able to deliver, claiming this is leading to cancellations.

He said he plans to meet with airports, airlines and ground handlers to ‘find out what’s gone wrong and how they are planning to end the current run of cancellations and delays’.

But even before meeting with the industry, he is quoted by several newspapers this morning saying: “Despite government warnings, operators seriously oversold flights and holidays relative to their capacity to deliver.”

British Airways and easyJet have cancelled hundreds of flights over the past few weeks and TUI has cancelled thousands of holidays, including a quarter of all departures from Manchester for the whole of June.

They’ve all blamed staff shortages and operational difficulties as they try to quickly ramp up their services after the pandemic.

Airlines UK has pointed out that the majority of flights are going ahead as planned, but delays and last-minute cancellations have led to chaotic scenes at airports across the UK, with photos of passengers sleeping on terminal floors making front page news.

Reports of airport mayhem have led to 10% of travellers ‘tweaking’ their travel plans, according to a survey by Holidays Extras.

Today, Grant Shapps said: “This must not happen again and all efforts should be directed at there being no repeat of this over the summer – the first post-COVID summer season.”

However, he hasn’t said if the Government will intervene – or what it can do – to end the crisis.

While Grant Shapps seems to be implying that companies don’t have the resources to cope with the number of holidays they’ve sold, there have been some concerns expressed within the industry that airlines and tour operators have deliberately double-booked more flights and holidays due to the free amendments they introduced during the pandemic.

Afraid that they’ll be left with empty seats as customers take advantage of fee-free changes, they’ve been accused of over-booking seats so they’ll still be filled even if some customers change their travel plans.

However, when all the booked passengers turn up for a flight, they’re having to cancel some bookings, say some.

However, TUI denied this was the case, even though one flight to Cyprus was cancelled this week when there were too few seats for the number of booked passengers. A spokesperson said: “That was just a specific flight, that’s not the case for the whole programme.”

Other TUI customers were bumped off a flight to Cape Verde last week when there weren’t enough seats, but TUI said this was due to a change in aircraft which had fewer seats than the one due to operate the route.

TUI said there was ‘no truth’ it was deliberately overbooking, adding that problems were due to ‘ongoing operational issues being experienced across the board’.